London, Ohio — Ohios recent legalization of growing and processing hemp comes at a time when the states farmers might be especially interested in finding more sources of income.

Though costly to grow, hemp can be profitable particularly as a source for cannabidiol (CBD) oil, an extract produced from hemp seeds and used to treat various illnesses, said Peggy Hall, agricultural and resource law field specialist for The Ohio State Universtiy College of Food, Agricultural, and Environmental Sciences (CFAES).

Markets for Ohio-grown hemp products are just starting to be developed. Still, hemp holds potential for farmers in the state, Hall said.

An unprecedented number of Ohio farmers this year had to either plant late in the season or could not plant at all because of unrelenting spring rain and an extremely wet year.

Theres a lot of interest in it, Hall said. Many see hemp as a possible high-dollar crop that can sustain a small farm and allow a larger farm to diversify.

State licenses are expected to be available before next spring when seed will go into the ground, she said.

Besides legalizing the growing and selling of hemp, the federal farm bill passed in December 2018 added hemp to the list of crops for which farmers can get crop insurance. The previous federal farm bill, which was passed in 2014, gave universities and other institutions the authority to grow it for research purposes.

Both hemp and marijuana come from cannabis plants. Hemp looks and smells like marijuana. But unlike marijuana, hemp is low in tetrahydrocannabinol (THC), the chemical that can trigger a high. Hemp has 0.3% THC while marijuana plants have much more than that, some as much as 30%.

In Ohio, growing hemp might be particularly appealing to tobacco farmers in the southern part of the state because the crop typically grows in fields that are not necessarily suited for row crops, Beers said. Plus hemp, if its used for CBD oil, needs to be dried out, and tobacco farmers usually have special barns for drying.

Though hemp could bring in extra income for farmers, it is unlikely to become a major cash crop in Ohio, replacing corn and soybeans, Beers said.

Do a lot of research and then possibly wait before investing in growing hemp, he said. It might not be as large a cash crop as people think. 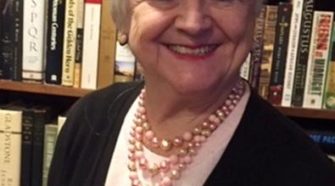