MANCOS – Farmers who have struggled for years with falling commodity prices have some advice for the wave of newbies who jumped into hemp as the next big thing: Grow up.

Hemp biomass prices reached a high of over $40 a pound in July, just before the 2019 harvest came in. Today, hemp trades for less than $10 a pound after the supply quadrupled from 2018 to 2019 and became legal under federal law.

Meanwhile, the cannabidiol consumer market remains tight as the U.S. Food and Drug Administration continues to prohibit the extract in food or dietary supplements. CBD is legal in other uses, such as topicals, as long as it contains less than 0.3% THC, the compound active in marijuana that gets you high.

Jack Varcados, facilities operations manager with 3-year-old Green Lynx Farms in Mancos, which is growing 320 hemp plants in four large greenhouses and is under contract to sell all the plants’ seeds to a farm in La Plata County, is familiar with hemp’s allure.

“The first year, we got a lot of calls from farmers, buyers,” he said. “Everybody was doing something different. We got calls from people who had never farmed before in their lives to fifth- and sixth-generation farmers. A lot of people were looking to get into it to see if they could make it work. Some can, some can’t.”

For Varcados, the hemp industry will go to the tortoise, not the rabbit. Businesses that are committed to research and willing to nurture hemp through its unruly teenage years have the best chance to reach maturity.

The first year of operation in 2018, Green Lynx sold hemp clones to individual buyers. The next year, the company sold hemp seed to individuals, and this year, Varcados said the farm is under contract to sell all its seed to a single grower.

Beyond selling seed, the farm is working with its buyer to share research. Green Lynx is growing two strains of hemp, dubbed Trump, or T-1, and Ruby 1.

Green Lynx’s buyer, whom Varcados declined to name, is growing two strains, and at the end of the growing season, the two businesses will compare the characteristics of each strain.

Varcados said the arrangement allows each business to learn the properties of four strains while growing just two.

Green Lynx also is researching whether greenhouse hemp does better in a 12- or 120-gallon pot.

Varcados doesn’t see hemp grown for fiber or food grain as a magic bullet that could reverse plummeting prices.

Canada, which has focused on hemp fiber and grain, has supplied the market. China also could meet demand.

“We’ve been out of this business for so long, we don’t have the facilities. If you’re growing for fiber, you’re in the same boat as farmers with an ag crop,” he said, noting the low prices for farm-grown commodities.

“I don’t think it is going away,” she said. “But I don’t have high hopes that it’s going to be as profitable as many once thought. I think it will have its place as a rotation crop,” she said recently after a workshop in Dove Creek about cover crops.

Russell said her chief concern about the increasing popularity of hemp is its attraction to “novice farmers,” who are unlikely to be well informed about pest control, weed management, pollen containment, crop rotation and other practices that are second nature to longtime farmers.

Abdel Berrada, former director of the Southwestern Colorado Research Center and current owner of Mesa Verde Ag Solutions, said he believes there is four to five times more hemp on the market this year than there was a year ago.

“The market’s a little saturated right now,” he said. “It may stabilize after a while, after how many years, who knows?” he said.

The infancy of the market is exemplified in Berrada’s 2019 experience.

He planted 18 acres of hemp, and even with a background in agricultural research, he was disappointed with his results.

“I bought a variety out of Canada, and it didn’t grow much before it flowered. It wasn’t well-adapted to our area,” he said.

CJ Murphy of Cannogenics Inc. of Durango, which operates Pharmafields, a hemp farm in La Plata County, said the 12½ acres of fields he had planted in hemp in 2019 will be planted in hay in 2020.

“Everyone jumped in and saturated the market. That limited the benefits it could have given to farmers,” he said.

Previous Aiming for a sustainable lifestyle? Hemp bedding is what you should be sleeping in - Real Homes 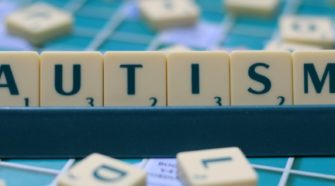