But it remains to be seen how many Ottawa and Sandusky County farmers decide to try out hemp as a new crop.

The Ohio Department of Agriculture’s hemp program began accepting license applications from potential cultivators and processors for the 2020 growing season on March 3.

Meghan Harshbarger, a department spokesperson, said the department had received 118 total applicants as of March 17.

Of those applicants, 102 were for cultivation and 14 for processors.

“This number is changing every day,” Harshbarger said.

Harshbarger said the ODA does not have the ability to check at this time as to how many applicants there have been from individual counties.

She said the state does not have a limit on the number of licenses that ODA will be awarding.

Mike Libben, administrator of the Ottawa Soil and Water Conservation District, said he was not aware of any Ottawa County farmers so far that had submitted hemp growing applications.

“It just seems like it’s such an early stage,” Libben said, adding, “I’m not sure there’s a market yet.”

All cultivators and processors are required to obtain a license and can apply online at www.agri.ohio.gov.

The department created hemp rules, which passed through a review and public comment process, that were approved by the Joint Committee on Agency Rule Review (JCARR), and went into effect on Jan.29.

Ohio’s hemp program is one of just three approved by the United States Department of Agriculture.

According to ODA, hemp is a cannabis plant, grown for its many industrial uses.

Hemp yields a strong fiber and is used in textiles.

The seed has nutritional value and can be eaten, and Cannabidiol, or CBD, can be extracted from the plant.

Beginning in 2014, universities and private companies could grow hemp if the state where they were located applied for a license. Ohio was not among the states that did so, according to the Ohio State University College of Food, Agricultural, and Environmental Sciences.

Gov. Mike DeWine signed Senate Bill 57 into law, which created a hemp cultivation license to be administered by ODA. 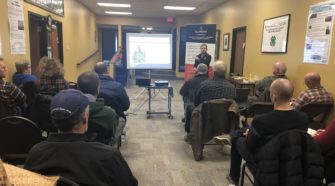