It’s harvest time in hemp country, and growers are looking for companies that can take their crop and turn it into cannabidiol, or CBD, the product that seems to be everywhere these days.

But many won’t find anyone, say processors who spoke with Agri-Pulse.

“Guys are getting nervous,” said Bob Hellman of Labyrinth Xtracts, a company in California with mobile extraction equipment. “There’s not going to be enough processing and there’s going to be a backlog.”

Speaking by phone from a hemp field ready for harvest in Colorado, Hellman illustrated one of the challenges facing growers as they look to take advantage of the hottest crop in the U.S. He said he asked the growers, “What’s your drying plan?” and the answer was “We don’t have one.”

Hellman travels the country helping growers extract CBD from hemp plants, and doing extraction, and said he has been seeing “the exact same challenge everywhere.”

Cockroft made a startling prediction earlier this month, saying 90% of the hemp crop grown in the U.S. would not be processed, costing growers $7.5 billion when considering lost CBD sales. The estimate, he says, “comes from our customers,” who say hemp is “literally dying on the vine.”

Eric Steenstra, president of national advocacy group Vote Hemp, agrees there’s a problem this season, but thinks the 90% figure is an “overstatement.” Vote Hemp is predicting that due to crop failure, between 50% and 60% of the hemp planted this year will be harvested, or between 115,000 and 138,000 acres.

“With CBD crops, I think there’s significant risk that there will be a lot of people who won’t be completely successful,” he says.

The 2018 farm bill legalized industrial hemp by removing it from the Drug Enforcement Administration’s list of controlled substances. With commodity prices falling and markets disappearing due to tariffs, “Every farmer and their brother jumped into hemp,” Hellman said.

“States which license processors reported 2,880 processing licenses, an increase of 483% over 2018,” Vote Hemp found, in a report released last month.

Steenstra said there’s a possibility that as time goes on, there will be too much processing capacity.

“I think there’s a risk of getting to that point,” he said, but added, “I don’t think it’s totally clear. It’s very difficult to get a sense of what is the total market demand.”

This year, however, “We’ll be challenged to be able to process all of it that’s successfully harvested,” said Bill Hilliard, CEO of Atalo Holdings in Kentucky, which has a processing facility and 90 growers on contract to grow hemp.

Hilliard says that while hemp can be grown relatively easily, “the challenge is harvesting and drying before it goes bad — getting it out of the field and dried quickly.”

Labyrinth Xtracts’ Hellman doesn’t offer a prediction on the percentage of hemp that won’t be processed. Instead, he says, “I’m going to say that there’s a large amount that’s not processed — it will just have to be processed next year” — provided, of course, it’s properly stored.

The threefold increase in hemp grown this year also has brought lower prices for CBD. Hellman says full-spectrum CBD oil, so called because it has a full range of cannabinoids, was selling a year ago for about $6,000 per liter, even reaching as high as $8,000. Now the price is around $2,600.

But he said it’s all part of a maturing market, which eventually will include a commodity exchange and fully operational, large plants to process the crop.

The market for fiber and textiles, for instance, has barely been tapped. “It is an area that is completely underdeveloped at this point in time,” Hilliard said. Steenstra says only about 10,000 acres of the crop this year was grown for grain and fiber, but that will change over the next 10 to 15 years.

“We’re going to grow into our big-boy pants,” Hellman says. “I think we’ll have it all resolved by the next harvest.”

For more news, go to www.Agri-Pulse.com 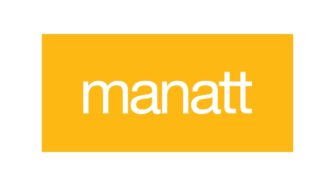