A House bill that would open up new markets for Kentucky’s ailing hemp farmers will likely not be heard by the Senate as the March 15 deadline for 2020 hemp licenses quickly approaches.

House Bill 506, sponsored by Rep. Mark Hart, a Falmouth Republican, would amend KRS 218A.010 and KRS 260.858 and exempt combustible hemp products from the definition of marijuana and allow licensees to handle, market and possess hemp in its raw form.

The issue is that HB 506, while being modeled to alleviate the woes of farmers still sitting on their 2019 crop, was dead on arrival, said Hart.

“I spoke to House Agriculture Committee Chair Richard Heath, and the Senate is refusing to hear my bill at all,” he said. “If it goes over to the Senate, they will leave it on a shelf.”

While there are members of the Senate, such as Senators Whitney Westerfield, a Crofton Republican, and Paul Hornback, a Shelbyville Republican, that have been outspoken in their disdain for cannabis in general; the real pushback against the bill stems from the Kentucky State Police and other law enforcement agencies, Hart said.

“Their argument is that they can’t tell the difference between hemp cigarettes and marijuana cigarettes,” he said. “I told them, that isn’t my problem. I said, ‘Let me ask you, If you are worried about enforcing it and it is illegal, then why aren’t you enforcing it? In Indiana and Tennessee, it is legal. You have these convenience store owners here (Kentucky) ordering these (hemp) cigarettes off of the internet and selling them. If you are going to make the enforcement argument, prove to me that it is really an issue.’ The bottom line is that farmers in other states can sell their product and my Kentucky farmers are getting decimated because we as a state won’t let them move their product.”

Aside from law enforcement issues with “enforcement,” a major hurdle for the state’s hemp farmers is that lawmakers are still having issues differentiating between hemp and its illicit cousin marijuana, said Tate Hall, Kentucky Hemp Industries Association president.

“It has been a battle since I have been in this industry,” he said. “This combustible hemp flower is something we have been fighting for for a long time. Any politician that thinks we are going down a slippery slope by passing HB 506 is missing the point. It has everything to do with helping the small farmer and modifying existing language to give them better markets. Honestly, anything we can do to support markets and industry is what we want.

“This would be a no brainer and a win-win for rural economies and for cities like Owensboro in opening up different jobs through hemp processing. This is a hemp bill and something they can change now to benefit our Kentucky farmer that is about to grow this crop in 2020.”

The bill would open up far more markets than just “combustible” hemp, he said.

“It’s more than combustible. We are talking floral for uses in tea, human feed; really anything dealing with the raw crop. It will allow us to better explore this plant and its possibilities. Passing HB 506 would open new markets and we would have more to work with. This isn’t going to be a fix-all. If we are leading this industry, you have to ask yourself why Tennessee has more favorable laws than Kentucky. It is a thriving market in Tennessee, especially Nashville. We want to ask for the same level playing field as other states.”

Given the difficulty faced by many farmers in the first year of industrial hemp, now is the time for this legislation to pass, he said.

“It makes sense to allow it, especially with the industry being down right now,” he said. “It has nothing to do with total THC or marijuana and everything to do with being competitive and helping Kentucky farmers succeed. We need everything we can to make it more business-friendly and we sure as hell need to be supporting our farmer that is relying on this industry to replace tobacco. The only way to do this is to have a law similar to HB 506.”

Despite the inevitability of the bill’s failure in the 2020 General Assembly, farmers like Paul Glover, owner of Mile Marker 5 CBD in Hawesville, is “in it to win it,” despite government interference and having to seek new crops to supplement his 2019 loses, he said.

“I have my own brand of oil for God’s sake, and I can’t grow hemp if they don’t let me. How many farmers have to jump through the hoops that we do?” he said. “… This is not the year to be restrictive, I am having to diversify and grow a different crop to make up for the difference I lost this past year Revenue is nowhere near the same as it was before 2019.”

Glover hopes that government officials aren’t trying to sell farmers a “bad bill of goods,” and will allow the state to become the “national leader” in hemp that it was promised to be, he said.

“What is happening with hemp in Kentucky is a sign of what can happen when government overreaches and what can happen to what was an exciting industry in such a short time,” he said. “HB 506 would give Kentucky farmers a whole new avenue for revenue. It will take a few more years I assume until people get out there and vote these people out and new ones in, based on how they feel about the farmer. It is all about the farmer. Farmers right now need some help and it seems like some of the politicians don’t want to give it to them. I’m 62 years old, I need to be in this so I can retire in the next 10 years and our legislators need to understand that this business ain’t easy. Hempin’ ain’t easy. All I can say is, election season is coming.”

While HB 506 appears to be dead along with farmers’ hopes of new markets in 2020, Hart is not giving up on the fight, he said.

“What Rep. Heath recommended, and I agree fully, is that we let it sit for now,” he said. “The plan is to give a full presentation during our interim meetings this summer. We will have a full session regarding the bill and the advantage we have then is that representatives and senators will meet and hear the same presentation. So, whether Sen. Hornback likes it or not, all of the senators will hear the same presentation and hopefully, we can educate all of them on the importance of this bill for the industry and more importantly for our farmers.”

Despite the overwhelming interest of those involved in the hemp industry, the Kentucky Department of Agriculture’s stance is to leave the fate of the bill in the hands of lawmakers, said Sean Southard, KDA communication’s director.

“We are aware of the legislation and we are watching it,” he said. “The General Assembly is the lawmaking body of the Commonwealth and current law passed by the body does not allow ignitable hemp to be marketed. If the law does change, we will follow it accordingly.” 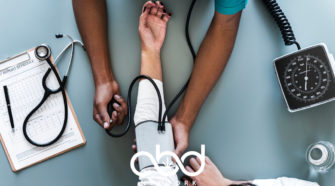