On Wednesday night, a 59-year-old hemp grower was forced to defend himself and his wife when four armed intruders invaded their small, eastern El Paso County farm, possibly believing that it was an illegal marijuana operation with lots of cash on hand.

“He was like Rambo,” Charlie San Martin’s wife, Zoraya, 57, said Friday of the gunbattle that left her unable to sleep for the past two days, fearful the gang would return.

“It was just chaos,” Charlie agreed, attributing his emptying his 9 mm handgun at the attackers to adrenaline, rather than courage. “It was so fast, and I’m not used to this kind of stuff.”

The couple tend to the 40-acre Healing Harvest Growers farm at 1495 N. Yoder Road, where they’ve cultivated hemp for the past year with Florida-based partner David Trujillo. Neighbors warned them to get adequate lighting and possibly install security cameras, Trujillo said. They said small-scale break-ins from people who think hemp is cannabis were common.

“Some people decided to go out to the plains and grow illegally, and there are still farms out there operating illegal cannabis operations,” Trujillo said, referencing a recent seizure of illegal marijuana by the El Paso County Sheriff’s Office. “But in the mix, you’ve got legal hemp farms like ours getting caught up in the crossfire.”

The mistaken identity is due to hemp and its psychoactive cousin marijuana looking exactly the same. Hemp, unlike cannabis, won’t get anyone high because it has very low levels of Tetrahydrocannabinol, or THC. Instead, hemp is used in products like rope, clothing, paper, fabric, oil for lotions and produces CBD, which is used in therapeutic products.

The only way to tell the difference between a hemp plant and a marijuana plant with THC in it, is to have it tested, said Kittie Kilner, owner of The Hemp Store in Manitou Springs.

The federal Farm Bill legalized hemp in 2018. In El Paso County, there are at least 116 hemp farms registered with the state agricultural department, a state spokeswoman said Friday.

Large amounts of cash have been seized in raids on black-market growers, but even legal marijuana growers and hemp farmers can be targets for thieves because they find it difficult to deposit money associated with their business in banks. Marijuana remains illegal under federal law and financial institutions say they have been given little federal guidance on how to work with the hemp industry legally.

The Healthy Harvest Growers farm hasn’t reaped its first harvest, but being a cash operation puts growers in a precarious position, Trujillo said, vulnerable to thieves who don’t know the difference between hemp and marijuana.

Late Wednesday night, the San Martins were preparing for bed when the front door began rattling. Charlie ran to the bedroom, grabbed his gun and shouted for the strangers to identify themselves. When no one answered, he fired a shot through the door.

Someone pounded on the back door; another broke through a window in a bedroom. The stranger ran from the bedroom, saw Charlie with his gun and scrambled up to the attic space. Charlie shot blankly into the ceiling, desperately hoping to scare the gang away.

“It was a really scary situation,” Charlie recalled. He remembered hearing gunshots all around the house, but miraculously wasn’t hit. A few minutes of chaotic crossfire, and the four men finally fled, Charlie said.

When sheriff’s deputies arrived, Charlie said they found hundreds of bullet casings scattered around the outside of the property.

A spokeswoman for the Sheriff’s Office said she could not confirm whether investigators found shells, citing an ongoing investigation. When asked why the agency did not release information about the gunbattle, she said investigators are still collecting evidence.

An hour after deputies left the farmhouse, Zoraya heard the window in their bedroom rattling violently. Someone had taken a coffee table from their open garage and lodged it against the building to get through the window. When Charlie heard his wife scream, he ran to the bedroom, once again clutching the gun. Before he could get there, a door on the other side of the house shook. Authorities were called again, and this time, “the house was full” with law enforcement.

Q&A with Mary Peck | Lending a voice to rural Colorado

“I wouldn’t wish this experience on my worst enemy,” Charlie said. In his four years living at the farm, he’s never experienced anything like it.

There have not been any other hemp farms robbed in the past year in El Paso County, the Sheriff’s Office said.

Even though the intruders left empty-handed, the men worry that the attack signifies a rising problem for hemp growers.

Along with security cameras, extra lighting and motion sensors, Trujillo added he intends to put a sign up on the land that says “Hemp Farm” in capital letters, to tell future would-be assailants “we’re broke,” he joked.

“It’s ridiculous that we have to do that.” 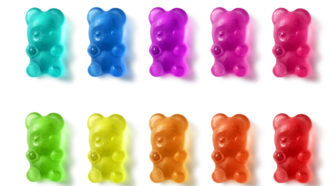