With time ticking down for CBD manufacturers to meet the UK’s deadline for having a validated EU novel food application in hand, two European hemp associations are pooling resources to meet the application’s requirements.

The assistance on offer from the European Industrial Hemp Association in Germany and the Association for the Cannabinoid Industry in the UK highlights the urgency with which suppliers and processors need to move if they hope to be selling cannabidiol supplements and foodstuffs on the British market early next year.

That’s because the UK’s Food Standards Agency (FSA) set a deadline of March 31, 2021, for industry players to gather data on their CBD products and have their novel food applications validated by EU authorities.

The legality of CBD products in the European Union became murky in January 2019, when EU authorities classified all hemp extracts and hemp-derived products containing CBD and other cannabinoids as “novel foods.”

The designation means that manufacturers need to have their CBD supplements and edible products evaluated and seek permission from EU authorities to place them on the market.

European Industrial Hemp Association members agreed last year to submit a joint novel foods application with “a range of CBD extracts” to UK and EU authorities. The group said in February it was receiving membership applications “on almost a daily basis” from interested parties.

This week, the EIHA confirmed a report that revealed the scope and costs associated with its joint novel foods application. The association told Hemp Industry Daily:

An EIHA task force is in the process of choosing four formulations of CBD to be consolidated into one novel food application. The formulations will be finalized at the EIHA general meeting in June.
The joint application project, organized as a limited liability company, will cost at least €2 million ($2.16 million). The EIHA estimates that the required lab analysis of CBD and THC toxicology studies alone will cost €1.8 million ($1.94 million).
The group plans to launch the toxicology studies in June.
The cost of joining the consortium is estimated at €10,000 to €50,000 ($10,800 to $54,000), depending on the size of the company and when it joins. Regular EIHA members will be asked to pay the consortium cost in two installments, with the first next month.
This one-time cost comes in addition to the cost of a regular EIHA membership, which ranges from €2,500 to €10,000 ($2,700 to $10,800), depending on company revenue.
All companies that join the EIHA are obliged to join the novel foods consortium.

The association declined to say how much of the necessary funding for lab tests and toxicology evaluations has been raised so far.

Lorenza Romanese, managing director at the EIHA, said companies outside the European Union can join its novel foods consortium and would be eligible to sell products on the EU market if the joint application achieves authorization.

The UK’s Association for the Cannabinoid Industry announced this week a free hotline for CBD manufacturers with questions about the novel food application process.

The ACI’s approach pools resources for the data-generation phase while taking an individualized approach for each company’s application. The effort aims to help companies get the research they need, said Shomi Malik, ACI’s development director.

“The most expensive part of this isn’t writing the dossier, it’s generating the data,” Malik said.

“The best of both worlds is to share the costs of the real heavy lifting but still give companies the freedom to do their own individual applications. That’s what we’re trying to do here.”

The ACI estimates that the cost for the toxicology study alone – the portion it’s looking to syndicate – will cost around £250,000 ($309,000). A full toxicology assessment takes seven to eight months to complete, ACI said, followed by an extra month to generate the data report.

The group said its application consulting services could cost anywhere from €50,000 to €500,000 ($54,000 to $540,000), depending on the size of the company and the number of finished products requiring novel foods authorization.

Malik applauded the EIHA for its collective application option, which he said might appeal to CBD players who haven’t budgeted the financial resources required for an individual application.

“Now that ‘novel foods’ is a binary proposition – you’re either in or you’re out – companies have had to find budgets from somewhere,” he said. “Their objective is to do this the quickest and cheapest way possible.”

On the other hand, in the event that a collective novel foods application is authorized, parties to the application run the risk of finding themselves in a “regulatory straitjacket” not to deviate from those formulations. This could hinder industry innovation, Malik said.

“You’re in a much better position if you’ve got your own novel food authorization, than if you have to share and compromise with some aspects on the data sharing,” Malik said.

Whichever path companies choose, it’s time to start the process for any products they want to keep on the shelves next year, said Garrett Graff, an attorney at Hoban Law Group who advises companies doing business in Europe and the UK.

“This is not a commonplace application that takes a couple hours. This will take considerable amounts of planning, coordination, time and financial resources to complete, and engaging as quickly as possible given the forthcoming deadline is important.”

Monica Raymunt can be reached at [email protected]

Is CBD an Effective Anxiety Treatment? 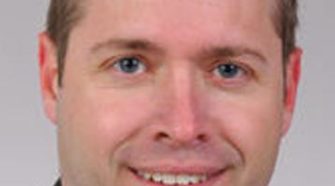