PRINCETON — The Illinois Hemp Growers Association’s inaugural meeting last week in Princeton drew people from all over the state who share an interest in the hemp industry.

State Rep. Dan Swanson (R-Alpha) also made an appearance as a guest.

Chris reported the number of dues-paying members in the association is currently around 65.

Two guest speakers were invited to share about their work in the industry.

Jarett Burke, CEO of Kifcure in Maple Park, talked about the company he founded with his cousin in the Chicago area. The operation extracts and infuses cannabinoids in various products like granola, chocolates, honey sticks, etc. Many of the products are sold in coffee shops and CBD shops around the Midwest.

Burke’s team consists of cultivators who work with farmers to grow the best genetics possible for extraction.

Stacy McCaskill, a hemp grower from Woodstock, spoke about her work with Sulcanna, based in Hanover. As of this month, the operation has incorporated the concept of a farmers’ cooperative.

Farmers of the co-op elect a board of directors to make transparent decisions. Farmers contribute a portion of their growth at the end of the season to the co-op. Sulcanna will process it into smokeable flower or finished products, which will then be sold at wholesale. At the end of the year, the co-op calculates sales that are split among farmers.

“Your percent of profit share you get at the end of the year is based on contribution to the cooperative,” McCaskill said. “It depends on how many farmers are involved and how much material is contributed.”

Following the two speakers, the meeting opened its floor for guests to share about their own operations.

Patrice Molinarolo of Muddy said she is in the process of buying a decorticator to make hemp fiber and textiles. She’s looking at things like bio-plastics, clothing and building materials.

Molinarolo mentioned many of the Fortune 500 companies such as Levi, Patagonia, Lego, Ford and Porsche are now looking to incorporate hemp products.

“There is an established buyer ready to take this stuff on,” she said.

“This is a crop that can help remediate your soil, help level out nitrogen and phosphoric levels, help erosion and help contribute to biodiversity,” she said. “It’s hypo-allergenic. It gives off antioxidants, it’s flame-proof, mold-proof, pest-proof. There’s a lot of benefits to having fiber around as a material.”

The Illinois Hemp Growers Association will meet again on May 12, with location yet to be determined. More information about this new group can be found at www.illinoishga.com.

B.C. made 21,000 cannabis sales in first week of legalization 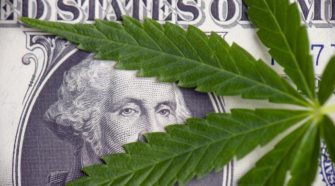