Even Senate Majority Leader Mitch McConnell was a booster when Congress legalized hemp in late 2018, hoping that it would make up for declining tobacco sales in his state of Kentucky. Cowen analysts predicted that CBD would be a $16 billion opportunity for companies like
Canopy Growth
and
Tilray.
Boosters believed that CBD products would fill supermarkets, drugstores, and mass merchandisers. Fashionistas would wear hemp threads.

Barron’s was skeptical. The likes of
PepsiCo
and
Walmart
haven’t committed to CBD-laced products. The Food and Drug Administration says it can’t permit the biologically active ingredient in food and drink without safety tests. Health regulators in states like California are also keeping it off shelves. Even mail-order specialists like
Charlotte’s Web Holdings
blame regulators for stunting CBD sales. The company’s stock has slid 65% since April.

CBD may become hot again. But for now, Hemp Benchmarks reports that only a fraction of the acreage licensed to grow hemp was harvested in 2019, yet a glut still resulted. As the new planting season approaches, farmers should be buying seeds and starter plants. But seed prices are lower than they were in October.

So much for the coronavirus. Stocks rebounded early in the week, as Tesla soared like an Elon Musk rocket. Alphabet took a hit after revealing for the first time financials about units like YouTube, and Walt Disney announced 28.6 million subscribers for its Disney+ streaming service. U.S. manufacturing data edged up, and January jobs numbers beat estimates at 225,000. By midweek, stocks hit new highs, then dipped on Friday. On the week, the
Dow Industrial Average
gained 3%, to 29,102.51; the
S&P 500
surged 3.17%, to 3327.71; and the
Nasdaq Composite
raced 4.04%, to 9520.51.

The coronavirus raced past 31,000 confirmed cases, and over 600 deaths. U.S. cases rose to 12. In China, President Xi Jinping told a special meeting of the Communist Party that the crisis was a test of governance and warned that anyone shirking their duty would be punished. Hong Kong reported its first death, and Macau casinos closed for two weeks. The White House said the crisis could affect China’s agreement to buy $200 billion in U.S. goods. The good news? China pumped more than $200 billion in liquidity, and the rate of the spread of the virus slowed.

President Trump gave his State of the Union address under the shadow of his impeachment trial. Trump claimed a “great American comeback” but didn’t mention the trial. The night had reality-show atmospherics: Trump refusing to shake House Speaker Nancy Pelosi’s hand at the start, Pelosi ripping up Trump’s speech at the end, and Trump awarding conservative radio commentator Rush Limbaugh the Presidential Medal of Freedom in the middle. At one point, GOP lawmakers chanted “Four more years.”

The day after the State of the Union, the Senate voted mostly on party lines to acquit Trump of both articles of impeachment. The exception: Utah Sen. Mitt Romney voted to convict him of abuse of power, the first time in U.S. history that a senator voted against his party’s president in an impeachment vote. The next day, Trump denounced the impeachment, saying, “We went through hell.”

The Intercontinental Exchange, or ICE, backed off from its bid to buy eBay, which had valued the company at $30 billion.…Mattress company Casper Sleep went public at $12 a share, well below its private value and its earlier range of $17 to $19 a share.

Bernard Ebbers, who spent 13 years in prison for accounting fraud at the telecom he built, WorldCom, died at 78, after winning release from a 25-year sentence. And Bernard Madoff, 81, architect of one of the largest Ponzi schemes ever, sought medical release from a 150-year sentence. He suffers from end-stage kidney failure.

Write to Bill Alpert at william.alpert@barrons.com

Amazon Bans CBD Sales, But Here’s How You Can Buy It On The Platform 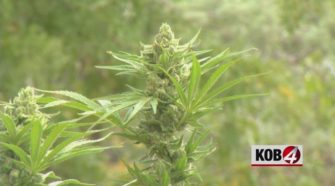