(This is an abridged version of a story that appears in the April issue of Marijuana Business Magazine.)

Necessity, they say, is the mother of invention. Just ask Carla Boyd, who first started cooking with hemp ingredients to manage food allergies and eventually launched a company built around her recipes.

A lot has changed since Boyd founded Evergreen, Colorado-based Hemp Way Foods in 2014. For starters, the 2018 Farm Bill legalized the regulated production of hemp, which previously had been treated as a quasi-controlled substance.

The new legal landscape, which has led to a surge in hemp production, and growing consumer demand for plant-based foods have given rise to a new crop of hemp-based food products ranging from gelato to protein bars. National grocer Whole Foods, for example, offers tea, protein powder, granola and milk made from hemp.

To some extent, firms such as Hemp Way Foods also are riding on the coattails of the Impossible Burger, the plant-based faux meat patty that caused a media frenzy with its popularity.

“The Impossible Burger has definitely helped (my business) because it has brought more attention to plant-based foods,” said Boyd, who nonetheless shies away from tying her firm’s signature product, a handcrafted hemp burger, too closely to the Impossible Burger.

“My product,” she noted, “is a meat alternative, but it’s not created to have meat flavors. So, it’s very different from the Impossible Burger.”

For all its apparent potential, the market for hemp-based foods is still dominated by cottage-industry businesses, according to Boyd, who is among a group of entrepreneurs leading the way by breaking into new retail channels, forging relationships with suppliers and, in some cases, developing new business models.

Read more about what leaders in the hemp-based food market are saying about challenges they’ve faced and how they’ve overcome hurdles to expand their collective reach here. 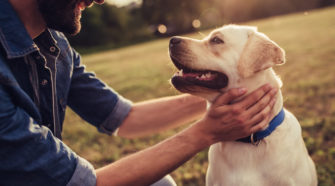