For many farmers who entered the hemp game in its first year, the new crop represented a brave, new agricultural world that offered wealth and a seemingly endless opportunity.

As the first year comes to a close, that promise for many has become nothing more than a pipe dream, especially for those who signed contracts with Owensboro-based industrial hemp processor Bluegrass BioExtracts.

No representatives from Bluegrass BioExtracts or DTECH Ventures responded to interview requests.

Fuller signed with the company in April with the promise of receiving $4 per Cannabidiol (CBD) point. A deal, originally made with Edds and Peters, would have made Fuller roughly $500,000 for his contracted 18 acres.

“We thought it was great; we were cautiously optimistic,” Fuller said. “On Oct. 25, they announced that they were selling and that they (Bruce and Edds) were out. We didn’t hear anything else other than that they would stay on as consultants. They sent us reassurances and said all would be well. Then we received our first tests.”

For the hemp flower to be accepted and ultimately used for CBD oil, processors test to ensure that the crop is devoid of high amounts of heavy metals and devoid of any pesticides. Fuller’s tests came back showing that his heavy metal counts were too high.

“That was a major gut check,” he said. “We thought we had a bad crop. We were freaking out; they called us and told us to come pick up our biomass. I don’t know how it happened, but their results were false.”

Fuller sent samples of his product to five different agencies for tests, including Lexington-based Cannabusiness Laboratories, which Bluegrass BioExtracts uses for their tests. All of these tests returned showing that Fuller’s crop was 100% clear.

“Our numbers actually showed that those readings of our hemp was lower than normal,” he said. “We cleared from all five of those labs twice. Our results came back from Cannabusiness and somehow ours was clean and theirs (Bluegrass) was dirty. They claimed that because the metals didn’t meet their standard that they were rejecting it.”

It is not possible to not have some trace amounts period, in food, etc., and there aren’t standards set for hemp yet. Their contract was made to give them an out, especially since the market tanked and people are only receiving $1 per point.

“These new guys (DTEC Ventures) are looking for any reason to not accept that biomass because they will never find the bridge between $4 and $1 because the market totally tanked. They are rejecting a lot of people because of heavy metals, and a lot of farmers believe them because they are supposed to be experts. Dr. Edds is still holding the paperwork for the company, and the new people are running the business. I have started the litigation process. Their company has hurt a lot of people.”

Huff’s story is eerily similar. He, like Fuller, signed with Edds and Peters in April. Fuller, a seasoned farmer with 600 heads of cattle, 170,000 chickens and more than 1,500 acres of crops, planted 10 acres under contract with the company, having taken out a loan on his diverse operation believing that his $4 CBD point contract would be fulfilled.

With almost 10,000 pounds ready to go, Huff began to take his product to the company. One of his batches of biomass, like Fuller’s, came back from the company with heavy metal. He was told they could not accept it.

“I sent samples to Fouser Environmental Services, and the results were clear,” he said. “I did everything that they (Bluegrass BioExtracts) asked. We tested the soil, the water, everything. We did it the right way. I sent them my tests, and they said they could accept it. I didn’t hear anything else and on the day after Christmas, I called to make sure they were ready for my crop. Two days later I got a call from them, and they told me due to new regulations that they had to stop taking in orders.”

In an email sent out by Yates to the company’s growers, he claims that because of new regulations handed down, all extraction facilities in Kentucky were placed under stricter regulations resulting in the company having to cease accepting or processing hemp until they were compliant, according to the email.

“They are claiming that the EPA brought new rules down,” he said. “As of right now, that is not true. Every processor is operating under the 2018 Farm Bill. Eventually there will be new regulations, but that is not the case now. They have been stringing these farmers along and have given them no notice to find new markets, which takes months. You waste someone’s time and effort and now they are losing money, that is an issue.”

For many the first year of hemp will be their last year, especially in the case of Huff, he said.

“I’ve signed with a different company that is going to pick it up and take it out of state to sell it for a 50/50 split,” Huff said. “I’ve never seen anything like this, and no one is talking about it and all of these farmers are going broke. I wouldn’t have even started growing it; I didn’t need to, but they laid out a yellow brick road for us like it was going to be a big thing in the state, but the Kentucky Department of Agriculture aren’t policing these processors or vetting them.

“Bluegrass BioExtracts put on a good show; they made us all feel right. They had a good line and hooked us. There could be a tremendous chance for this crop to make money, but what gets me is that everybody has made money but us farmers — the state through licensing, the guys selling clones, the banks, the testing facilities — everyone but us. We did it all the way they (Bluegrass BioExtracts) recommended, the drip lines, the plastic, fertilizers and we did it for them and now we are just stuck. Nobody is even helping us (farmers); it is the craziest thing I have ever seen. The hope now is to break even.”

Allowing CBD products in New Jersey could give the economy a boost | Opinion – NJ.com 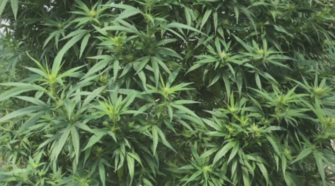