Despite signs indicating the hemp contains none of the high-inducing substance in marijuana, someone is uprooting the plants.

Written by By Fran Maye

Thieves stealing hemp from two Chester County farms will be sorely disappointed when they get home and try to smoke it.

They’re not going to get high.

Recently, hemp plants grown by two Honey Brook Amish farmers have been going missing, despite an electrified fence. Both farms are just off Park Road in Honey Brook.

We just had 20 plants stolen, said one of the farmers, who owns the farm along with a neighbor and wanted to remain anonymous. They are taking them in the middle of the day.

The thefts have been reported to police, the farmer said, but there have been no arrests. It costs the farmers $5 to $6 for every hemp plant stolen.

It’s the first year the two farmers started growing hemp. It can be quite a lucrative cash crop. Hemp is used to make a variety of commercial and industrial products including rope, textiles, clothing, shoes, food, paper, bioplastics, insulation and biofuel.

The farmers are planning to harvest it this month.

To discourage thieves, farmers have placed signs and electrified fences on both fields.

The signs state that it is industrial hemp that contains no THC (tetrahydrocannabinol), the psychoactive substance found in marijuana. The signs also warn that trespassers will be prosecuted.

But that’s not stopping the thieves.

I guess they are just jumping over the fence somehow, the farmer said. They’re getting in.

The electric fence is low-voltage and not fatal to humans.

Hemp and marijuana are basically the same plant; they look similar and have different names for the same genus (Cannabis) and species. Marijuana is bushier with broader leaves, while hemp is leaner with shinier leaves.

The difference is hemp plants contain no more than 0.30% (by dry weight) of THC. By comparison, marijuana typically contains 5% to 20%THC.

In Pennsylvania, it’s legal to grow hemp, but farmers must be licensed. The 2018 Farm Bill removed industrial hemp from regulation under the Controlled Substances Act and provides for commercial production of industrial hemp.

Many farmers see industrial hemp as a rapidly growing industry and a way to replace losses in acreage or value in other commodities.

Last year, farmers cultivated hemp in nearly 600 acres of Pennsylvania farmland. More than 300 farms across Pennsylvania were approved to grow industrial hemp this year, a tenfold increase over 2018.

Next EPA: Hemp Use of FIFRA Registered Pesticides Open to Comment - The National Law Review 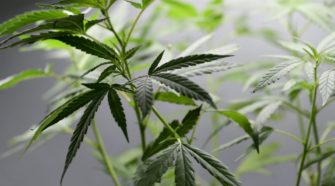