GALESBURG — Some of the lettuce at Landmark Cafe is grown just down the street at an urban farm on Monmouth Boulevard. That same urban farm has added industrial hemp in recent months to its growing business.

And that aspect, Demarkius Medley says, might have led Galesburg police to his 1367 Monmouth Blvd. farm early Wednesday. That came hours after Medley posted a picture on his farm’s Facebook page, Greenlords Inc., posing with hemp.

“We just responded to a call,” Riggs said. “We didn’t go out there on our own,” he said. “We got a suspicious person call. Nothing sinister.”

A police report on the incident said Demarkius Medley, who holds the hemp license at the property through the Illinois Department of Agriculture, provided his license to officers and also gave personnel a tour of the facility. At that point, officers left.

But for Medley, it’s much more detailed than the two-page police report showed.

Medley has a job with Ameren Illinois as a distribution designer during the day and, with a pregnant wife and 1-year-old child at home, he’s begun to farm before work. He also joked a person isn’t a farmer if they are still sleeping when the sun rises.

Medley also said he was hesitant to talk to The Register-Mail about Wednesday’s incident for fear of retaliation, but then he also said, “I mean, what else are they going to do to me?”

Medley, who has been urban farming for a few years with his brothers Kelvin Medley, Durell Butler and Samuel Medley, has used aquaponics, a combination of conventional aquaculture with hydroponics, to grow lettuce and herbs, among other vegetables. His efforts using urban farming techniques were highlighted in by The Register-Mail in 2017.

At that time, they moved to 1367 Monmouth Blvd., which has four acres.

Medley said a family tragedy led to compensation for his family and they turned that money into urban farming, to put jobs and fresh produce in an area of Galesburg that lacks a grocery store.

“We’ve been good citizens … we thought we were doing the right things and the No. 1 question we kept getting is how did we get funded? Would they ask that if I was white?” he asked.

“We took that money (from a tragedy) and invested it in Galesburg and these same type of people in power keep trying to take us down.”

Medley got to his farm early Wednesday and turned on his car’s headlights to illuminate his rows of industrial hemp. He also donned a head lamp so he could prune his crop, which means he was taking off lower branches so that the stronger part of each plant could continue to grow strong.

He took a break and sat down — he has nerve damage in his leg and uses a walking stick — when he noticed a spotlight from what he learned was a Galesburg police officer. He asked the officer if he could help them and was told by the officer that he was there responding to a trespassing complaint.

As he was talking to that officer, more police personnel arrived, Medley said. He said some officers approached the area with hands on their holstered weapons.

He said officers began to ask him about growing marijuana at the Monmouth Boulevard property.

“I don’t know when this went from trespassing to growing weed? … I start thinking I’m being set up,” Medley said.

According to the Illinois Department of Agriculture, industrial hemp has 0.3% or less of tetrahydrocannabinol (THC), which is the active ingredient that makes marijuana have a psychoactive effect on the user. That means hemp has no psychoactive effect.

“Hemp has thousands of potential uses ranging from building materials to food to cloth. Another derivative of hemp is cannabinol, also known as CBD. Some people believe that CBD can have therapeutic benefits for pain, anxiety and inflammation,” Illinois Department of Agriculture says.

Medley said he has his hemp plants spaced out with the idea to generate CBD and later sell it as several stores, including both Galesburg Family Video locations in town, which have begun to sell the product in recent months.

As the cops were asking him about cannabis, Medley said an officer arrived with a police dog for a search. After some time went by with a further exchange of what Medley called police asking him about growing marijuana, he was able to find his property’s neighbor, Steve Sperry, who had the Illinois Department of Agriculture permit to grow the hemp.

Sperry also helps out at the farm, Steve and his wife Becky Sperry said Thursday.

“I have to go get my white friend to get all these white cops to believe me,” Medley said.

At that point, Medley took officers on a tour of the area and explained to police personnel the differences between hemp and cannabis.

The Galesburg man also questioned why there were seven officers responding to a call of one person. The interaction led to a post on the farm’s Facebook page, Greenlords Inc. Medley said Thursday afternoon the post had been viewed more than 9,000 times and he had gotten calls from across the state, including from elected officials.

The post, and subsequent comments and phone calls, uplifted Medley’s spirit. “I thought maybe this will be OK,” he said.

And at that point in an interview, Medley highlighted those in Galesburg who have been supportive of Greenlords Inc., from Kyle Kelley and Ken Springer, both from the Knox County Area Partnership for Economic Development, and Landmark Cafe owner Phil Dickinson, who buys lettuce from Medley.

He said Dickinson told him he buys from Medley because of what he is doing and Dickinson told him, “I think what you’re doing is changing the landscape of freshly found food … he believed in what we’re doing … the people in Galesburg are great. The people we appointed are, I don’t know what to call them … I see them celebrating the cannabis industry yet calling me a criminal?”

Medley further said, “I’m just going to keep doing what I’m doing and pray I don’t get retaliated on … I don’t want anymore meetings (with city officials) or apologies. I’ve sat through too many meetings already … I don’t want an apology. We’re long past that.”

The Register-Mail will have a follow-up story to this piece in the near future. 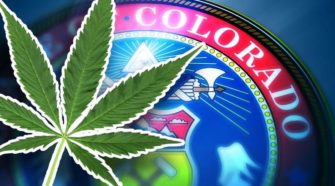