Opening a checking account or getting a loan can be tough for hemp businesses in Southwest Colorado and across the nation because federal regulations haven’t caught up to the industry.

The 2018 Farm Bill declassified hemp as a controlled substance, but federal guidelines for financial institutions interested in doing business with the hemp industry haven’t been written, making it difficult for some hemp business owners to open accounts and get loans.

When Brandi Barattini tried to find a bank for Cannagenics Inc., a Durango hemp farming company and wholesaler, it was difficult to find services or find out why services weren’t available, she said.

“What do you do when you keep getting told: ‘No, no, no?’ … How are you supposed to pay vendors?” said Barattini, executive vice president for the company.

Across the country, Cannagenics customers in Nevada, Arkansas and New York are also experiencing problems with having their accounts frozen, she said.

“It’s not a Colorado problem; it’s a national problem,” she said.

Financial problems for hemp companies are cropping up as demand for hemp-derived CBD products balloons.

CBD oil can be used to improve sleep, reduce inflammation and treat seizures, but it is not yet regulated by the U.S. Food and Drug Administration.

Clear direction from the federal government to banks could clear up most of the problems and encourage investment that would help the industry grow, said Scott Perez, a part-time hemp consultant and farmer in La Plata County.

“If Congress would make it real clear to banks that their will is for the banking industry to work with the hemp, that would really solve a lot of problems,” he said.

Some banks are finding a way to provide services.

First Southwest Bank is one of the local financial institutions working with the hemp industry after having figured out a way to navigate one of the biggest risks for banks – ensuring a company is selling hemp and not marijuana, because marijuana remains federally illegal, said CEO Kent Curtis.

Hemp is defined by the state of Colorado as having less than 0.3% THC, the psychoactive substance in marijuana.

Banks must be ready to prove to regulators that the hemp businesses they are working with are federally legal, he said.

First Southwest Bank requires hemp customers to submit testing results twice a year to prove the product they are selling meets the state’s definition for hemp, Curtis said. The bank is also selective about which companies it works with because the industry is young and developing.

If First Southwest Bank received testing results from a company that did not meet state standards, the bank could shut down that company’s account, he said.

Managing hemp accounts is more work than a traditional account because the institution must ensure testing results are submitted, he said.

However, the state’s clear guidelines around hemp have given the industry in Colorado a clear advantage and allowed the bank to provide services, he said.

“Colorado as a state is probably further ahead than any other state in the country,” Curtis said. 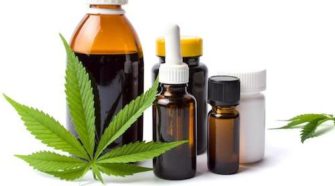