CHRISTIANSBURG — The rapid growth of commercial hemp production in Southwest Virginia is attracting entrepreneurs to support the nascent industry, but market bottlenecks and uncertainty about state and federal regulations could slow its development.

Commercial hemp became legal in Virginia in March and since then the Virginia Department of Agriculture and Consumer Services (VDACS) has registered 1,182 growers, 116 dealers and 262 processors from across the commonwealth, according to agency spokeswoman Elaine Lidholm.

About 30 Southwest Virginia registrants — in locations stretching from Abingdon through the New River Valley to Troutville — have made their information public through VDACS. There may be others, but the General Assembly declared hemp-related registrations exempt from state freedom of information laws.

In the New River Valley, Christiansburg, Blacksburg, Riner and Floyd appear to be hot spots for hemp, according to public listings.

And other businesses are popping up locally to serve these operations.

One of those is Eco Logic Dry Kilns, a Colorado-based company working to manufacture an infrared drying device for hemp and other agricultural products in Christiansburg.

Owned by Bob Funk, a professional trombonist who has worked with acts as big as the Rolling Stones, Eco Logic promises to speed up the drying process for a range of agricultural products using an energy-efficient system.

“When music was slow, I’ve been a carpenter,” Funk said. That carpentry work led him to a job with a now-defunct company that was taking an infrared kiln design from Japan and developing it for the international market.

After the original company folded, Funk said he decided to build a new business around the idea.

“I’ve been working for the last 10 years to perfect it and make it an American product, and we’re getting there,” Funk said.

Funk said he worked with a New Jersey-based electrical engineer to design the drying system, and he has outfitted the product with components from Sweden that are made to withstand continuous use. He’s filed for a patent on his design.

Over the past year, Eco Logic subcontractor Rob Kincaid of Quality Wood Products built a 640-cubic-foot demonstration model in a small shop off Depot Street. The kiln is constructed of modular panels made from locally-harvested yellow poplar, Kincaid said.

The kiln can dry a number of mature hemp plants at a time and is priced at $25,000, Funk said. He’s working on designs for larger models and for a portable kiln that could be moved from field to field or greenhouse to greenhouse.

“The thing we’re trying to fight for them is mold,” Kincaid said. “We’re trying to bring a solution to this product, so that it technically could be used for medical applications.”

And, because the kiln uses low heat, Funk said essential compounds such as cannabidiol, known as CBD, are better preserved.

CBD in a non-intoxicating compound found in cannabis that is popular as a dietary supplement and has been used in an FDA-approved anti-seizure drug, Epidiolex. It is a major driver of the hemp market.

Funk said drying efficiency is also an important selling point for his system.

“Plants that can take a week to dry in a barn take 24 hours in the kiln,” Funk said.

That appeals to some local growers.

“Efficiency wise, that’s why we were interested in it,” Montgomery County grower Scott Sink said. “It is more efficient.”

Sink said he grew about an acre of hemp this season as an experiment, and some of his crop went into Funk’s kiln. If Sink ultimately decides the economics of hemp make sense for him, “we might possibly purchase it.”

Other growers said they would consider it, too, when the time is right.

“There is going to be a huge need for drying, yes,” said Derek Wall, a partner in Buffalo Mountain Hemp Company in Floyd, which specializes in hemp oil products and hemp cigarettes. “I’m all for what these guys are trying to do. I think it will help the industry.”

But hemp as a business is still developing, and the need for kilns may not be immediate, Wall added.

Funk said some of his kilns are already operating in the Philippines, Guatemala, Panama and Lesotho drying everything from hardwoods for musical instruments to hemp for the European market.

So far, he hasn’t sold any stateside, but Funk said he has built and tested smaller models in Colorado for the legal marijuana industry. But just as he thought some sales were imminent, marijuana hit a downturn.

“It became quite over-saturated,” Funk said of the marijuana market. And suddenly growers became reluctant to spend money on new equipment.

Some worry a similar phenomenon may befall hemp in Virginia, at least in the short term.

A bottleneck in the system

Excitement around the 2018 federal Farm Bill’s legalization of commercial hemp led to a spike this year in planting.

More than 510,000 acres of growing land for hemp was licensed across 34 states this year, according to a report from the Washington D.C.-based Vote Hemp lobbying group. That’s a 455% increase over 2018.

Before this year, commercial hemp production was prohibited in Virginia. Only public university research programs were allowed to grow it in 2018, and that year four institutions registered 135 acres for their programs, according to state agriculture department figures.

By the end of the 2019 growing season, however, 2,200 acres had been registered for commercial hemp production, according to agency numbers.

That increase has caused a bottleneck in the market, and farmers who got into hemp hoping to make an quick profit might be disappointed.

“The processing capacity wasn’t there for what ended up happening in Virginia this year for growing,” grower Sink said.

“You go to a processor and you can’t get money out of your crop because they’re not ready, or they don’t have any … way to sell the oil,” said Wall of Buffalo Mountain. “We’ve got our own biomass that we are sitting on right now because the processors are hesitant.”

“A lot of folks jumped into the industry. That created kind of an over-saturation of [hemp] flower,” said Jason Amatucci, president of the Virginia Industrial Hemp Coalition. “It’s going to take three to five years to get our industry up and going.”

But there is a solution for those who can afford to wait out the slowdown.

“Folks need to learn how to store it,” Amatucci said. “It’s a commodity, so while it may be in low demand now, it might be in higher demand in April, May, June, July, August while everybody is trying to grow next year’s plants.

“Demand for CBD seems to keep increasing,” Amatucci added. Growers “should be able to save [harvested hemp] until they can find a buyer.”

Oversupply isn’t the only challenge, however. New federal and state regulations have also caused concern.

The U.S. Department of Agriculture has proposed rules that would change the way THC, the intoxicating substance present in small amounts in hemp, is measured. Before making a final decision, the agency is taking public comments through Dec. 30.

Legal hemp is defined as cannabis with THC levels of .3 % or less. But some producers say the proposed change could make it very difficult to meet that target.

If that rule is finalized, “well, hell, there goes every product I’ve got on the shelf,” Wall said.

Before the proposed regulations, hemp producers had to show that the level of naturally-occurring THC at the time of harvest — known as “delta-9 THC” — met the .3 % requirement. But THC levels can go up when another substance in the plant, THC-A, converts to THC. The conversion can occur naturally over time or can be induced through a chemical reaction.

Under the proposed federal rules, growers’ hemp samples must be sent to a laboratory that would induce the chemical reaction and then measure the total amount of THC in the plants. If that total fell above .3 %, the plants would be illegal.

“A lot of hemp cultivars do come close to that .3,” Amatucci of the hemp coalition said. “But you add the THC-A, which is the acid form … [and] we’re going to get higher readings.”

Virginia is already using the total THC standard in its sampling, said Erin Williams, a VDACS hemp policy expert. Of samples tested across the state, up to 18 % have contained more than .3 % THC.

Williams said it’s encouraging that the cultivars being grown in the state appear to mostly be meeting the USDA standard.

But Amatucci said the coalition is hopeful that USDA will revise the proposed rules next year to make it easier for growers.

“We should not be criminalizing our farmers and putting them in harm’s way when common sense will tell you that a farmer’s not trying to grow drugs,” he said. “We are going to try to push for a 1 % limit.

Producers are also nervous about a VDACS policy that went into effect in July. It classifies CBD and other hemp oil extracts sold for human consumption as a food, a food ingredient or a dietary supplement depending on labeling. As such, they must be produced in inspected facilities and supplements must meet purity standards set by the state Board of Pharmacy.

Any customer complaints lodged with the state about products produced before July will be assessed on a case by case basis, according to Williams. But sellers will have to provide information to inspectors showing their products were processed in an inspected facility.

Hemp producers say they support VDACS’ policy, but feel it was sprung on them without warning.

“But a lot of products in gas stations are regulated hardly at all, and they have health effects,” Amatucci said. “VDACS isn’t freaking out about them.” 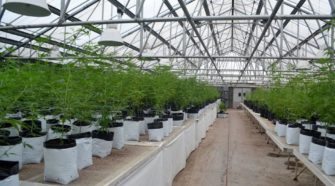