But demand for organic hemp foods, granola bars, protein powder and hemp oil is climbing much faster than demand for regular hemp.

Which is why organic hemp acres in Canada for producing grain could soon exceed conventional acres.

“The balance of organic and conventional is changing. We are seeing faster growth on the organic side of things,” said Clarence Shwaluk, Manitoba Harvest’s director of farm operations.

In 2019, about 50 percent of the company’s contracted acres were organic.

This year, Manitoba Harvest, a Winnipeg company that promotes itself as the largest hemp food manufacturer in the world, will contract more acres of production from organic growers than conventional.

“I can see the harvest at the end of our growing season being close to 60-40,” Shwaluk said while standing behind the Manitoba Harvest booth at Manitoba Ag Days, a trade show held every January in Brandon.

That doesn’t mean Manitoba Harvest will soon become an organic company. Sales of conventional hemp foods are also increasing. Plus, organic yields are lower than conventional, so the company needs to contract more organic acres for the same amount of production.

However, it’s a sign that hemp food buyers are also organic consumers.

They want to see a United States Department of Agriculture organic logo on a hemp granola bar when they shop at Costco or buy online from Amazon.

“It’s consumer demand,” Shwaluk said. “Our challenge is finding enough organic growers to leap into something new and try a specialty crop.”

Strong demand for organic hemp grain is partly responsible for the massive price gap, but excess supplies are also a factor.

Canadian farmers grew a gigantic crop of conventional hemp in 2017, expecting to export the grain to South Korea. That market evaporated when China and other producers stepped into the Korean market. It created a “Korean hangover” of excess hemp, which has plagued the Canadian market for two and a half years.

Several companies stopped contracting production of conventional hemp and a number of growers still have hemp seed in storage from 2017.

Despite the oversupply, Canadian hemp acres increased dramatically in 2019.

Many farmers grew hemp for cannabidiol, a compound found in the flowers and plant tissue of industrial hemp plants. Some research suggests CBD oil can treat a long list of health problems, including insomnia, anxiety and pain relief.

There is no official acreage data yet, but hemp for CBD acres likely exceeded hemp for grain and fibre in 2019.

For now, Manitoba Harvest is strictly a hemp food company, but it could soon be a player in the CBD industry.

In a news release, Tilray said it wants to enter the CBD market.

Manitoba Harvest is just beginning to make the shift to become a food and CBD company.

“We are looking at ways of crossing over from hemp purely for food to also looking at hemp as a source for extraction material,” Shwaluk said. 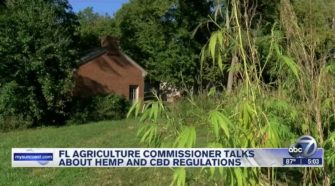