Hemp was one of many crops that nearly became a staple part of the economy in the early years of South Carolina. Requiring large quantities of the weed for use in the maritime industry, the provincial government and British Parliament offered sustained cash bounties to encourage planters to cultivate hemp on a commercial scale. Their efforts showed promise, but the results were overshadowed by larger circumstances of international trade. Despite its failure to take root, the rise and fall of hemp in eighteenth-century South Carolina forms one of the most interesting and least-remembered chapters in this state’s agricultural heritage.

Hemp is the traditional English name for a fast-growing annual plant that is a member of the botanical genus Cannabis. Although it’s grown in different climates around the world today, Cannabis probably originated in the warm, damp habitats of Asia. Over several millennia of human intervention, a myriad of cultivated varieties of Cannabis have appeared with different habits and characteristics. Despite this proliferation, all the known varieties and cultivars of Cannabis might be grouped into one or perhaps two species.

Previous Not Quite So Sweet: Hemp & the Honeybee - Cannabis Now 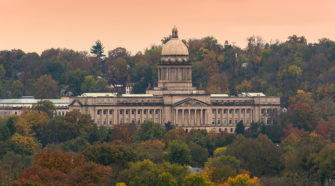