“I felt like I could barely walk, he explained to FOX Business.  “The prescription medications were causing me stomach ulcers – it was terrible.” So, he sought an alternative – and eventually turned to something called CBD. “CBD has been my most effective treatment,” Lawrence added.  “I’m even playing the guitar again, something I wasn’t sure I’d do.”

Lawrence became one of the tens of millions of Americans who have tried CBD, a compound from the hemp plant, which many users claim has a calm-inducing and pain-relieving effect.

Hemp is a form of cannabis. Though the two essentially look the same, it is distinct from marijuana.

Marijuana contains both CBD, short for cannabidiol, as well as the high-inducing chemical THC.

Hemp, however, contains very little of the psychoactive THC but does produce the CBD, championed by Lawrence.  Therefore, hemp has become the preferred plant for the production of CBD, and with the nod of Congress, some farmers across America have begun adding it to their crop rotation.

Lawrence, a farmer himself, was so impressed by the effects of CBD, he’s become an industrial hemp farmer.

“We grow corn, soybeans, wheat,” he told FOX Business, “and now hemp.  If you’d have told me I would be growing cannabis five years ago, I would have asked what you were smoking.  I never imagined myself doing this.”

CBD – increasingly used by people seeking relief from seizures, chronic pain, migraines, anxiety, depression and other afflictions – has been booming in popularity in the United States.

According to market research firm Brightfield Group, the demand for CBD will grow 700 percent in 2019.  Also, the Brightfield Group projected the CBD market will rise from $5 billion this year to nearly $24 billion in 2023, as companies create increasing numbers of CBD-infused products.

About a quarter of all users, according to the Brightfield study, take CBD in oil form, dropping it under the tongue.  But CBD is now also being delivered in topicals, gummies, pills, coffee, and even smoked.

“I was nervous before our national television interview,” Lawrence adds with a chuckle, “I smoked a little hemp to calm down.”

For example, the American Migraine Foundation in 2018 published an online article warning sufferers: “There is no scientific evidence or research on CBD as an effective treatment for migraine — in large part because it has not been formally studied.”

Consequently, it can be confusing for those interested in trying CBD for the first time to determine the proper dosage and strength, the right CBD product, and how frequently to consume it.

But those close to the industry, including Bethany Gomez, the managing director of Brightfield, tells FOX Business that, though anecdotal, user enthusiasm for CBD has been overwhelming, both in talking directly to them and on social media.

“I have read the testimonials from countless folks on Facebook,” she said.  “It’s definitely working for a lot of people.”

While Lawrence has been farming vegetables and cash crops in previous years, he suddenly saw other benefits in building his farm around hemp.

According to a study by McKinsey & Co., a consultancy, between the years of 2012 and 2017, America’s large cities grew jobs at a 2.2 percent rate annually.  During that same time, the country’s rural counties experienced no job growth at all.

“There are so many ghost towns these days, with little activity on Main Street at all,” Lawrence said.  “Hemp farming, I believe, can dramatically change Small Town USA.”

He also cites a medical marijuana company that opened near his farm.  “It added 300 jobs,” said Lawrence.  “Not bad for a town of 1500 people.  That’s what I mean.”

Furthermore, hemp lobbyist Liz Rupel, of the Illinois Stewardship Alliance, says it gives farmers another crop to plant, one that can also be grown for fiber.

“It gives them more diversification in their crops,” Rupel said.  “Farmers are interested in that.”

In the meantime, farmers are eagerly awaiting national USDA regulations for the cultivation of hemp.

To this point, hemp standards – and chemical limits in the cultivated plants – have been governed by state regulators, making it difficult for farmers like Lawrence to ship across state lines.

There is also legislation in Congress to help farmers attain financing from banks, and national product producers are waiting for FDA regulations for the use of CBD in more products.

His first crop will be harvested in the weeks ahead.  He hopes, when flowers appear on the hemp plants, that CBD and THC limits will all be in accordance with Illinois regulations.

“If not, we’ll have to destroy the crop.”

Previous Could CBD and hemp products cause you to lose your job? - WKYT

Next Hemp Delivery Man To Plead 'Not Guilty' - SDPB Radio 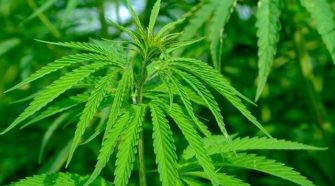