Gottlieb based his statement on the importance of knowing what’s in our food supply, and he believed that sources of CBD are too confusing, a position that’s also supported by Washington authorities.

Brian Smith, spokesman for the Washington State Liquor and Cannabis Board, said the CBD industry is still considered an unregulated space. He acknowledged that there is a huge market for CBD products derived from hemp, but CBD products for sale might or might not come from hemp. Or, in some cases, they could include unknown levels of pesticides or heavy metals, or no CBD at all.

While CBD products sold by licensed cannabis retailers must provide their source and any additives, there’s confusion for hemp and CBD items available at other locations, including online outlets, health food stores or even grocery and convenience stores.

The current confusion over CBD food began last year when hemp farming was legalized in the U.S. The Farm Bill of 2018, allowing sales of hemp CBD products as long as the plants contained .3 percent or less of THC.

Additionally, the Farm Bill preserved the Federal Food and Drug Administration’s authority to regulate ingredients in food, including hemp and hemp extracts, to include CBDs.

Now, hemp products are estimated to top $20 billion in five years, even though there isn’t a lot of research being conducted into ingredients, effects and possible health benefits.

An August opinion piece published in the Journal of Health, written by Beatriz Carlini, Ph.D., Gregory Carter, M.D. and Nephi Stella, Ph.D., from the University of Washington, points out that the decades-long prohibition of cannabis research by the federal government limits what can be learned about cannabis and cannabidiol. The researchers urged the federal government to end barriers to research so the benefits and risks of cannabinoids can be better studied.

The study points out that most consumers don’t know that CBD products are not federally regulated or even held to the same stringent standards set by Washington’s Department of Health, which regulates medical cannabis.

Authorities are concerned that the unknowns in commercial hemp may create health risks for people, especially those with compromised immune systems who could have a harder time fighting off fungus or mold, which are common contaminants of cannabis plants.

The researchers also pointed out that “imposter” CBD products threaten to undercut public support for research into the potential medical value of cannabis or CBDs.

Limited research on CBDs has already resulted in the FDA approval of an oral solution to treat seizures in children, and there are trials in process to determine CBD’s ability to help with PTSD, anxiety, chronic pain associated with inflammation and even some cancers.

Washington State Department of Agriculture allows licensed food processors to use hemp products in food, such as hulled hemp seeds, hemp seed protein powder and hemp seed oil, provided they comply with other requirements that the FDA deems generally recognized as safe under federal requirements.

Other parts of the hemp plant, including CBD, can’t be a food ingredient under a Washington State Food Processor License.

The Washington State Department of Health’s Liz Coleman said CBD is not considered an approved food product if it something that’s added to food. Although the Department of Health doesn’t regulate hemp or CBDs, officials have been talking to restaurants and coffee shops that are adding CBDs to food and beverages.

All of these agencies are basically saying to be careful what you put in your body. The UW study also urges state agencies to develop public health campaigns to educate communities about rogue CBD that could found in food and drink.

Linda Ball is a freelance journalist based in Washington State who has covered a variety of topics including environmental issues, city hall, arts and entertainment, education, human interest stories and now the rapidly-changing cannabis industry. 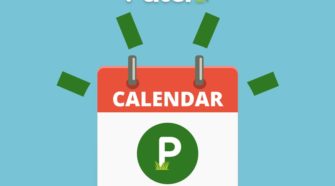 Work From Home-Expanding Hemp / CBD Business in Your Area – Patch.com