CBD is a key part of a drug that’s used to treat epilepsy in children. A small pilot study by Colorado State University suggests the hemp-derived oil may do the same for dogs suffering from seizures.

The CBD market is the U.S. is rapidly growing for both humans and animals. Sales for pet products, including supplements and treats, quadrupled from $8 million in 2017 to $32 million in 2018, according to market research firm Brightfield Group.

The CSU study was focused on dogs with idiopathic epilepsy is a condition that has no known cause but affects up to 5.7% of the pet dog population worldwide, making it the most common canine neurologic condition. Of the sixteen animals involved in the study, 89% of those that received CBD (others received a placebo) saw a reduction in the number of seizures.

“It’s very promising data,” said Dr. Stephanie McGrath, a researcher at CSU’s College of Veterinary Medicine and Biological Sciences who led the study. “However, we do need larger studies in order to really prove whether this will really be a replacement for some of the anticonvulsants that we have available right now.”

Other drugs available on the market are less effective or bring a host of unpleasant side effects, she said.

CBD-infused pet treats are already widely available and although CBD appears to be safe for dogs, McGrath cautioned pet owners about buying them.

“Consumers really should be careful with what they’re buying and know that it’s not necessarily what it says it is,” she said.

The hemp industry is still largely unregulated; what ingredients these products actually contain is not guaranteed by a federal agency. McGrath recommended only purchasing CBD products that include a Certificate of Analysis, which verifies that a product meets specifications. 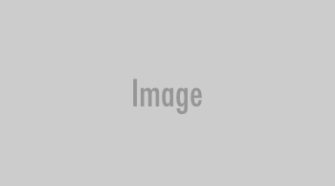