Hemp can help to alleviate poverty in Latin American countries, but only if effective competitive strategies are in place, said Sergio Vazquez Barrios, who heads Uruguay’s industrial hemp program in the Ministry of Livestock, Agriculture and Fisheries (MGAP).

“I believe that the poverty levels of a country or an agro-exporting region are not overcome only with the large-scale production of a crop for which the demand is temporarily higher than the supply,” Vazquez Barrios told HempToday. “A strategic objective must first be considered and a competitive strategy must be identified.”

Vazquez Barrios said such a strategy must be combined with public education and development policies in order to advance economic growth.

Head of the Technical Advisory Department for non-psychoactive cannabis production projects, and Management Advisor at the General Directorate of Agricultural Services (DGSA) in the MGAP, Vazguez Barrios will be a featured speaker at the Latin American & Caribbean Hemp Summit Nov. 8-9 in Montevideo.

Save $100 when you purchase your ticket for the Latin American & Caribbean Hemp Summit before Sept. 15. Click here to register

Summit organizers also announced that leading global hemp advisor HempConsult GmbH has signed on as the exclusive Platinum sponsor of the inaugural Summit.

An expert in cereals and oilseeds, Vazquez Barrios holds a degree in Agricultural Engineering from the University of the Republic of Uruguay, an MBA from University ORT, Uruguay, and a degree in design and evaluation of public policies from the Inter-American Institute for Cooperation on Agriculture (IICA).

Despite Uruguay’s liberal policies toward cannabis that set it apart from other nations, Vazquez Barrios said the hemp sector still faces hurdles. “With hemp still regulated from the seed to its final product, complying with the provisions of the law without affecting the dynamics of the entire value chain continues to be a challenge,” he said.

‘Many opportunities’ in hemp

While Uruguay has worked to position itself as a medicinal cannabis hub, it is also one of few nations in the world that allow a full 1 percent THC in industrial hemp. “I consider that hemp has many opportunities in the area of food, and raw material for the fiber industry,” Vazquez Barrios said, noting the industry’s potential to develop in a manner similar to Uruguay’s forestry sector, which has attracted leading pulp producers who have set up large-scale industrial factories in the country.

“Uruguay produces food for 30 million people, and has a lot of experience in the production and conditioning of open-pit oilseeds from other plant species,” Vazquez Barrios noted. “With this experience and through three years of hemp flower and biomass production in Uruguay, we’ve shortened the learning curve that the agricultural sector must cross with a new crop. Uruguay can teach the world how to produce biomass, seeds and flowers competitively, since it has been doing so with other crops for years.”

HempConsult GmbH, the Summit’s main sponsor, offers guidance on everything from hemp farming and organic certification to CBD production and sales as well as its legal status. The consultancy also produces regularly updated market reports on a range of indicators, having been one of the first major industry players to begin to quantify the overall hemp sector when it started collecting worldwide market data in 2012. HempConsult has an extensive base of knowledge, network partners and experience all over the world.

Daniel Kruse, CEO at HempConsult GmbH, will address the Summit in Montevideo. Part of his summary will be focused on the current oversupply in the hemp industry and the need for the market to balance supply and demand at a time when the market market is fettered by unnecessary strict and outdated regulations, which – at least in Europe – lead to an uneven playing field for the hemp industry.

Kruse has been in the hemp industry since 1995. Through HempConsult GmbH, he is a senior advisor to entrepreneurs, startups, investors and other industry stakeholders. He recently guided the development of a solar powered hemp food processing factory at Borken, Germany.

Martell has been researching industrial cannabis since 2010. Formally trained as a geo-archaeologist with degrees in Interdisciplinary Science, he has worked with a number of hemp companies across Canada, the United States and Australia. Co-inventor of a grain disinfection system deployed in Canada and Australia, he continues to explore and develop grain quality post-harvest management technology. Martell’s focus recently has been on value added products from agricultural waste such as carbon foam for insulation, water filtration/desalination and energy storage systems.

HempToday international and HempToday en Espanol are organizers of the Latin American & Caribbean Hemp Summit along with Hempoint of the Czech Republic and Hemp Engineering, Perth, Australia.

Previously committed sponsors for the Summit are European CBD maker MH medical hemp, and Hempro International GmbH & Co. KG.Hemp producers also have a chance to display their products during the Summit in HempBoutique, a popup showroom that is part of the event, sponsored by the hemp wholesale trading platform HempTradePro.com. 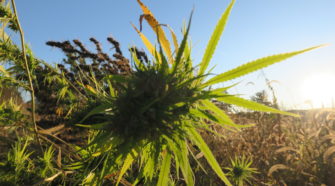