ATLANTA – Participants in Georgia’s newly legalized hemp business would have to carry a license when transporting the product or face arrest under legislation before the General Assembly.

House Bill 847 is a follow-up to a measure lawmakers adopted last year that allows hemp, a cousin of marijuana that does not get users high, to be grown, processed and possessed in Georgia. States have rushed into the hemp business in recent years to take advantage of its many commercial uses, including the manufacture of rope, textiles and CBD oil used to treat a variety of illnesses.

As the Georgia Department of Agriculture continues developing the rules that will govern the hemp program, one looming drawback is that police conducting a traffic stop who notice a bag of green leafy material can’t readily tell whether it’s marijuana or hemp.

The Georgia Bureau of Investigation has machines that can determine whether a substance has a THC content – the chemical that produces a high – of below 0.3%, the legal limit. But the machines and tests are expensive.

There is no chemical difference between hemp and marijuana, Deneen Kilcrease of the GBI’s Crime Lab said Wednesday during a House Agriculture & Consumer Affairs hearing on the bill.

The House bill would resolve that dilemma by requiring anyone in possession of such leafy material stopped by law enforcement to produce a state-issued license for hemp.

“Law enforcement had trouble distinguishing whether the product was legal or illegal,” Kilcrease said. “The intent was to clear it up for law enforcement and prosecutors.”

“Is it fair to prosecute somebody for possession of something that’s not going to get them stoned?” he asked.

Rep. John Corbett, R-Lake Park, the bill’s chief sponsor, said Turner’s concerns would not be an issue as long as people transporting hemp have the proper documentation.

The committee did not vote on the bill. Several issues remain up in the air, including how much to charge for hemp licenses and whether to authorize private colleges in Georgia to conduct research on the cultivation and research of hemp or limit the program to University System of Georgia institutions.

Next Hemp for CBD Was Supposed to Be a Bonanza, But Demand Never Materialized, - Barron's

How the Canna Hemp brand was born from hope – Leafly 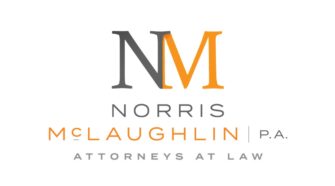