Artist, sound engineer and adventure traveler Blu Fortner is adding “farmer” to his resume with his first commercial crop of hemp seed.

The Idaho native moved across the state line to Oregon five years ago in his pursuit of growing medicinal hemp.

His attraction was the plant’s potential to provide relief to people suffering from various ailments.

“I moved to Oregon because the laws here were more cannabis-friendly,” he said.

He started with a small, organic, medicinal grow but soon found there wasn’t a market for his production.

With his limited agricultural experience, he was fortunate to meet Clint Shock, a plant physiologist and agronomist. Shock, who was the director of Oregon State University’s Malheur Experiment Station, was interested in medicinal plants.

The two teamed up in a teacher-student relationship and did a four-plant, hemp test in Shock’s back yard last year. Three of the plants were successful females that produced high levels of CBD.

CBD is a nonpsychoactive compound in hemp thought by many to offer numerous health benefits.

This year, Fortner and Shock planted hemp in two fields and a total of 5 acres to produce feminized hemp seed for growers. They also partnered in a new business — Medicinal Botanical Seed.

If the crop is successful, they plan to expand production next year.

At 38, Fortner is one of a growing number of “brand new farmers” drawn to agriculture by the allure of hemp, a newly legal crop that produces CBD and a variety of other products ranging from the edible seeds to clothing material. Hemp production was legalized in the 2018 Farm Bill.

Both THC — the main psychoactive compound in marijuana, which is also thought to have health benefits — and CBD found in hemp have a lot of value, he said.

“But THC is limited by state and federal regulations, and CBD is legal nationally and internationally,” he said.

He thinks younger people’s attraction to hemp farming is connected to their belief that it should be legal. But it also provides a niche for farmers who don’t have a lot of resources when it comes to land, equipment and capital.

“For farming in general, there isn’t easy access. There are almost insurmountable hurdles for young farmers,” he said.

But with demand for hemp currently higher than the supply, a small-scale farmer can grow 1 acre and make a living, he said.

Michael Bowman — widely known as “Mr. Hemp” — has been a driving force in the legalization of hemp production in the U.S.

He’s farmed his entire life on the eastern plains of Colorado above the declining Ogallala Aquifer. Twenty years ago, he was researching crops that would use less water than corn and alfalfa.

“The hemp plant captured my attention and imagination,” he said, listing the plant’s other environmental benefits.

That started him on a path of advocacy, and he became the founding board chairman of the National Hemp Association.

The association had a state-by-state strategy to get hemp legalized and build support for federal legalization. It resulted in progress in the 2014 Farm Bill and victory in the 2018 Farm Bill.

The 2014 Farm Bill legalized hemp research in states where its production was allowed, and the 2018 Farm Bill took hemp off the controlled substance list and redefined it as an agricultural crop.

According to Vote Hemp, a nonprofit advocacy group, 46 states have now legalized hemp.

But the new rules guiding those issues won’t be in place until 2020, making 2019 the industry’s “teenage years,” Bowman said.

“It’s been a little awkward, but there’s been significant growth under that awkwardness, he said.

The U.S. hemp industry is driven by CBD oil, both because of the potential profits and the current lack of infrastructure to produce other hemp products, Bowman said.

“It gets a lot of farmers’ attention,” he said.

But contrary to what most people believe, it’s not an easy crop to grow for high production, he said.

“There’s certainly a community of first-timers that didn’t make any money,” he said.

“I do think it’s something that’s attracting younger farmers,” she said.

From what she’s hearing, a lot of beginning farmers are becoming interested in growing hemp and some young farmers are experimenting with it on some of their land.

In addition, a lot of commodity farmers are transitioning their operations to hemp because prices are much higher than the crops they’ve been growing, she said. Many commodity crop prices have remained low in recent years.

There are some concerns, however, about regulation, permitting and interstate trade, she said.

“That’s still getting sorted out because it’s such a new industry,” she said.

There is also concern about whether this is a bubble that’s going to burst — whether demand will hold up over time or whether the market will be over-supplied, she said.

On the flip side, vegetable growers are worried about competition for land. Hemp growers might be able to pay more for land and crowd them out, which also raises a food security issue, she said.

“It’s definitely a concern,” she said.

Next One Among Hemp's 25000 Uses? Diversifying Commercial Agriculture - Sierra Magazine 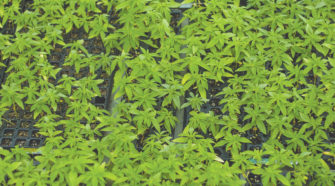