There is much to determine when drying hemp for pellets or other energy purposes.

Regardless of the numerous conspiracy theories surrounding hemp and marijuana on the internet, by 1920, industrial hemp had been on its way out for decades, due to technological advancement using other materials for the products hemp was most known for: paper, fabric and rope. Industrial hempâ€™s association with marijuana was its death sentence in the U.S., and then, nearly the whole world. THC was not discovered until the 1990s, which meant there was no way for governments, police or drug enforcement personnel to distinguish between industrial hemp and marijuana before then. The Marijuana Tax Act of 1937, drug enforcement policies of the 1950s, and the war on drugs nearly ensured that China was the sole provider of industrial hemp in the world for 70 years.

Once THC was discovered, European and Canadian markets began opening for growing industrial hemp, which was then defined as having lower than 3% (typical) THC content, as opposed to the 15 to 30% THC content of recreational or medical use marijuana. The U.S. has slowly come on board, beginning with the 2014 Farm Bill, which allowed states to have their own laws regarding hemp and marijuana. Then came the 2018 Farm Bill, which changed the definition of industrial hemp to containing less than 0.3% THC, thereby legally separating industrial hemp from marijuana. Each state develops its own program, and growers must purchase licenses and test for THC before harvest. Individuals will want to check with the laws in their state before attempting to grow any industrial hemp.

The current surge of hemp production is mostly due to the recent legalization and high market value of CBD oil. Many new growers have been lured into growing specialty female clones that are quite finicky, with the promise of a pot of gold at the end of the rainbow. The infrastructure needed to process the quantity of industrial hemp that was grown in 2019 wasnâ€™t available, and quite a few crops were ruined. Similar trends were seen in Canada when industrial hemp was first legalizedâ€”there were huge upticks in production in 1999 and 2008, both followed by significant crashes. The U.S. will likely go through the same boom and bust cycle while industry tries to catch up to the market. Now that industrial hemp is legal and people have learned how to grow and harvest it again, the next hurdle will be processing and infrastructure.

The first line of defense against losing the entire crop will be quick, efficient and effective drying. Many 2019 crops were lost to mold. They were properly grown, tested for low THC, harvested and then not dried properly. Based on reports from the field, many growers attempted to dry their hemp in a barn, similar to tobacco. Climate and humidity levels have a huge impact on barn-drying capacities. Adding fans and auxiliary heat sources to the barn can potentially increase the amount of hemp that can be dried in a given footprint.

At a certain acreage, a hemp grower should consider mechanical drying. Of all the processing and infrastructure, drying equipment will be the most affordable and quickest equipment to procure. There could still be lead times of six to 12 months, plus hundreds of thousands of dollars, which is marginally lower than the years and millions of dollars expected for more downstream processing. If the crop is dry, it can sit for a while awaiting processing capabilities to open. Lest some growers believe they can go get a used dryer, almost all have been snatched up by other hemp growers and the frac sand industry.

Safety Is this item on OSHAâ€™s combustible dust list? Not yet. It will very likely be added in time, as hemp has a similar Btu content to wood. Depending on dryer type, method and temperature of the drying medium, drying in a low-oxygen environment will be the safest option. A very simple way to create a low oxygen environment is to recycle the exhaust gases.

Surface and Bound Moisture Hemp has potential for both, but most likely will only have bound moisture. The drying medium must not flash the surface dry, but gradually warm the whole particle, driving moisture from the inside out. This can be done with a high-moisture drying atmosphere with high wet bulb temperature, such as created in a recycled exhaust gas system. This particular piece of the puzzle is still under experimentation for drying the flower for CBD extraction. Stay tuned.

Susceptibility to Radiant Energy As an organic material, hemp straw, flower and seed will be susceptible to getting a â€śsunburn,â€ť so care should be taken to reduce the presence of a visible flame.

Energy Use Is natural gas or propane available? Do you need to use electric heat? Can you use waste heat from another process? Are you concerned with energy usage? Recycling exhaust gases will reduce energy use, but the initial system will cost more. Likewise with using waste heatâ€”the system will likely cost more to purchase, but will potentially have a quicker return on investment.

Dryer Material What material can you use for the fabrication of your dryer? Food-grade typically requires stainless steel. Itâ€™s possible the construction of the dryer will be determined by the final use of the hemp and time of year harvested. Harvesting the whole straw for energy after overwintering in the ground solves many problems, including a lower average moisture content. The hemp will be less corrosive, and the final pellets will have a reduced chance of slagging when used for fuel. Carbon steel should be adequate for this ideal harvest. Overwintering will not be practical in all situations, however, especially if the straw or hurd is a byproduct of seed or CBD production. Stainless steel is required if torrefaction is the end goal.

ConveyanceAny portion of the hemp plant has relatively low density and is capable of being pneumatically conveyed. This opens up the possibility of concurrent-flow, rotary-drum dryers as well as fluid-bed dryers and flash dryers. All dryers perform better with uniform material, but it is crucial to the functioning of the latter two styles. Mechanical conveying, such as in a belt dryer, is an acceptable dryer as long as the product is uniform and the other drying criteria has been met.

Of the â€śbig fourâ€ť styles of dryers that have the highest hourly capacity, a low-density, uniform product is a candidate for being dried in a rotary drum, fluid bed or flash dryer, or on a belt or tray dryer. If the product is not uniform, the best option is a rotary drum dryer. In a well-designed rotary drum dryer, the lighter, drier pieces can exit the drum before heavier, wetter pieces. This prevents the lighter pieces from getting singed or burned and allows heavier pieces to remain in the drum longer to fully dry.

Reported straw yields have been coming in between two and six tons per acre. Many of the new growers donâ€™t realize the importance of moisture content on their yields and usable energy. If moisture content is not reported along with yield, itâ€™s very difficult to estimate what is in the final product. With all the misinformation about hemp on the internet, itâ€™s difficult to decipher what reasonable yields should be. Itâ€™s also important to note that when hemp is grown to optimize seed or CBD, the straw harvest will be significantly lower than if the same cultivar were planted for straw optimization.

Hemp straw bone dry energy density (higher heating value) is testing at 7,912 Btu per pound for an end-of-growing-season harvest. For comparison, wood species average 8,000 Btu per pound. The usable energy will be determined by the lower heating value, which takes moisture level into account. Itâ€™s possible that the hemp straw will contain between 60 and 80% moisture content at end-of-season harvest. Evaporating that much water is costly; however, the straw must get down to 10% moisture in order to pelletize, so it will need to be treated like hay and allowed to dry in the field before being baled, or left uncut in the field until early spring for an average of 30% moisture harvest. The first option requires quite a bit of storage, and the latter requires the field not be used for winter planting. To increase the energy density of a pelletized product, it can be torrefied. The final energy content is determined by dry solids mass reduction. A reasonable mass reduction to aim for is 30%, which will result in a corresponding 10% release of energy in the form of volatile organic compounds. The hypothetical 7,912 Btu per pound would calculate to roughly 10,173 Btu per pound of torrefied product. The desired mass reduction of any particular product will have to be determined experimentally, as some products have more lignin than others. Allowing some lignin to remain aids the pelletizing process; itâ€™s much more likely that a final energy content of 9,500 Btu per pound will be desirable for ease of pelleting.

For individuals seeking to enter the industrial hemp market to produce pellets, some reasonable potential production per acre can be seen in the chart above. Donâ€™t be lulled into the belief that six tons of straw per acre will equate to six tons of pellets, unless that straw was specifically reported in bone dry solids, or, as is occasionally seen, 15% moisture. There will still be a bit of math required, but those numbers will be much closer to final yields.

While hemp produces a high energy yield per acre, it is not the highest yielding energy crop out there. However, we will likely be seeing more and more straw and hurd as byproducts from seed, fiber and CBD production. There are also benefits in using hemp in a regular rotation with conventional crops. Now that hemp has found its way back to the American farmer, itâ€™s likely here to stay, though there will be ups and downs as processing capacities catch up to growing capacities.

Next Missourians are enthusiastic about hemp production - brownfieldagnews.com 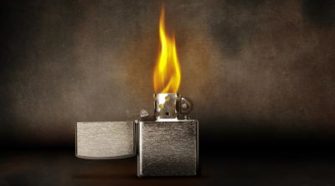