ASHEBORO, N.C. —  Hemp is on the brink of becoming a major cash crop in North Carolina. The latest sign of the industry’s economic possibilities came Tuesday in Asheboro.

Tuesday, two Randolph County companies announced they are merging the hemp and textile industries
They say they invented the world’s first CBD arm and knee sleeve, The Hemp Squeeze
They believe hemp will be North Carolina’s next major cash crop

The invention that may have a big impact on our local economy, started with a simple idea three years ago. Founder’s Hemp CEO Bob Crumley was having a conversation with Jordan Schindler, Founder of Textile-Based Delivery, Inc.

Essentially, the pair dreamed of a way to get a dosage of your medication as easily as walking down the street. And thus, the idea was born.

Tuesday, the two companies announced they are merging the hemp and textile industries, with the world’s first CBD arm and knee sleeve; The Hemp Squeeze.

Your body gets a dosage of CBD as you wear the product and it lasts 25 washes.

The technology is even helping to grow the local economy. First, the hemp is grown in Randolph County, helping local farmers. Then, Founder’s Hemp extracts the CBD oil from the plant. Then, the manufacturer in Asheboro combines it with locally-made hosiery.

“Not only are they high-quality jobs, but they are paying wages that well exceed our average wage for Randolph County,” Crystal Gettys from the Randolph County Economic Development Corporation said.

The sleeve is the first in what could become a whole line of patented clothing.

“What if we can take that into a T-shirt or into yoga pants, or into a glove? These are just the first of many things to come from these two companies,” Schindler said.

They also say it’s the start of an entire new industry.

Crumley said he believes infused fabrics are going to be the next big thing here, and around the world. He believes hemp will be North Carolina’s next major cash crop.

CBD is not just for smoking, lotions, or oils anymore. Now, it’s also for wearing.

Previous Getting the hemp: Vegan consumers down under rapidly making the most of now-legal seeds - FoodNavigator-Asia.com 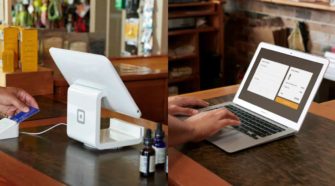