“Hemp 101” is the title of the special presentation Monday evening at 6 the Elm Street Grill/American Legion Country Club. Officials with American Hemp Ventures, a holding and development stage biotechnology company, conducts the presentation, sponsored by the Shenandoah Chamber and Industry Association. John Stripe has worked with the Aurora, Colorado company in planning the event. Stripe gave an overview as Don Hansen’s guest on KMA’s “Dean and Friends” program Friday morning.

“They were founded basically in 2007,” said Stripe, “and their holding development basically stated the biotechnology of the hemp industry, and they’ve got different facets of the business that they’re also into. It’s very exciting to have them come here in person to give us a little more direct information, and kind of get some things started here in southwest Iowa.”

“They’ve got some groups in Oklahoma, Missouri, Indiana, Illinois,” he said. “Of course, they’ve got some groups in Colorado, where their base is at. But, yes, it’s very exciting that they’ve done what they’ve done. They’ve kind of been through the School of Hard Knocks already. As they’ll tell us, they’re the first ones to admit that there’s mistakes to be made, and there’s a lot of learning to do on a daily basis. So, it’s very exciting.”

“If you’ve got an interest in the hemp industry in any facet,” he said, “whether you want to be a grower, an investor, a seed producer, or just a farmer looking just to improve your acres, it’s something for you to come and get the ABC’s of the hemp industry, because that’s something we’re going to touch on.”

Provisions authorizing hemp production and marketing were passed in the Iowa Legislature during this year’s session. Stripe stresses that commercial hemp production shouldn’t be confused with marijuana.

“Marijuana is basically for your medical uses, or recreation in some places,” he said, “where the hemp is going to be more for, there’s oil products, there’s pharmaceutical products, there’s feed products. They’re building houses out of hempcrete, wood products–there’s just so many things coming on line with the hemp that they won’t be able to do with marijuana.”

Advanced tickets are available for $25, which covers the seminar and meal. Anyone wishing to attend should RSVP by calling SCIA at 712-246-3455 as soon as possible. 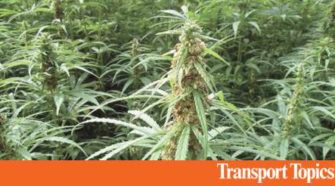