Late on Thursday, the vice and drug unit searched the dispensary at 945 Upper James Street and confiscated the cannabis, along with alarge amount of edibles, hash, THC oil, CBD powder and pre-rolled cannabis cigarettes, police said.

Six employees were charged under the Ontario Cannabis Act which states that no person shall sell cannabis, other than an authorized cannabis retailer. One of those employees was also charged with numerous by-law offences, according to police.

Six employees were charged with selling cannabis despite not being an authorized retailer. (Hamilton Police Service)

Despite cannabis legalization on Oct. 17, the Ontario Cannabis Store is still the only legal option for purchasing recreational cannabis, stressed police in a media release announcing the arrests.

Police are continuing to monitor the number of illegal dispensaries operating in Hamilton and say they can facefines up to $250,000, with an additional $100,000 penalty for each day operating after charges have been laid.

Landlords leasing to illegal dispensaries can also be fined up to $250,000 and, along with individuals caught illegally selling cannabis, could face up to two years in jail. 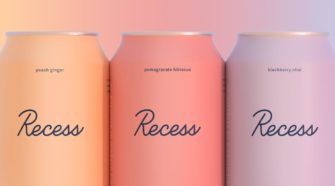