Gov. Kristi Noem has drawn a revealing line in the sand.

She said last week that legalizing hemp would be tantamount to South Dakota approving the use of marijuana, which she opposes.

Her spokesman, Kristin Wileman, said Noem wants South Dakota to be “the prime example of a state fighting drugs.”

It’s a great sentiment but also confusing because even though marijuana and hemp are both cannabis plants, hemp is not hallucinogenic. Whether the governor can hold back a state Legislature in favor of legalizing hemp, which is federally approved as a farm crop, remains to be seen.

Regardless of what lawmakers do on hemp, South Dakota voters may vote on the legalization of marijuana next year if an advocacy group, New Approach South Dakota, gathers enough signatures to place multiple marijuana measures on the ballot.

Given that 33 states have now approved cannabis for medical or recreational purposes, opponents may logically wonder if they are modern-day Don Quixotes tilting vainly at windmills. Why would South Dakota be expected to resist a cultural change that allows greater personal freedom regardless of societal cost?

USA Today last week featured a page 1 story with the headline, “Pot makes its mark on presidential ballot.” The story (dateline Denver, of course) reported that all 20 Democratic candidates support either legalizing or decriminalizing its use, reflecting national polls that show growing public support for legalization. The story also quoted former Sen. Tom Daschle, now on the advisory board of Northern Swan Holdings, a multinational cannabis company, as saying that as younger generations gain leadership positions, “we’re going to see a more rapidly evolving attitude on cannabis.”

But there is hope for opponents who continue to point out — to the everlasting irritation of pot advocates — that there are several downsides to legalization.

For example, Robert L. DuPont, president of Institute for Behavior and Health, provides this insight:

“The aggressive commercialization of marijuana that is now rampant and still growing is particularly damaging to the public health because it markets marijuana and an array of increasingly potent products in ever more attractive ways that encourage marijuana use and frequent high-dose THC use.

“We are at a crossroads. Legalizing marijuana will have lasting negative effects on future generations. The current legal drugs, alcohol and tobacco, are two of the leading causes of preventable illness and death in the country. Establishing marijuana as a third legal drug will increase the national drug abuse problem, including expanding the opioid epidemic.”

Advocates of cannabis like to say it doesn’t lead to harder drugs, but the National Institute on Drug Abuse says some research suggests the opposite. Moreover, where pot has been legalized, its use goes up. And when more people use it, the bad things caused by drug use increase in number. Snopes, the fact-finding website relied upon by all political stripes, finds marijuana use has significantly increased in Colorado since its legalization. There was also an increase in the percentage of drivers in fatal accidents testing positive for cannabis — up from 10 percent to 20 percent.

A popular argument for legalization of marijuana is that the tax revenues generated will more than offset its negative effects, similar to regulation of alcohol and nicotine. But a CNBC report concluded that “while both alcohol and tobacco are taxed and regulated, tax benefits to the public are . . . an economically disastrous tradeoff.”

Gov. Noem thinks that as states come to realize the ill effects of weed legalization, they may regret their new laws and reverse them. I suppose stranger things have happened but none comes to mind.

Noel Hamiel is a retired newspaperman and former state legislator. He also writes a column for weekly newspapers at noelhamiel.com. He can be reached at noelhamiel@gmail.com.

Fields Of Dreams: Industrial hemp added to the list of crops farmers are allowed to grow in Michigan – The Oakland Press 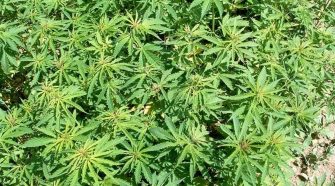