RANDOLPH, Vt. (WCAX) About 900 farms across Vermont are growing hemp this year. But agriculture officials say not all of them have the skills needed to do it right. Vermont Technical College hopes to fill that gap, specifically when it comes to CBD, a byproduct of hemp used for medicinal purposes.

Agriculture officials say CBD is an emerging market that has the potential to create jobs across the region. At VTC, professors are beginning to educate that future workforce.

“I think it is definitely interesting,” Aislynn Farr said.

Farr is a second-year dairy management major at Vermont Tech. She acknowledges that diversity on a farm can be a good thing.

“CBD is something that I think is going to keep growing, for a little while at least,” she said.

Farr’s family used to own a dairy herd in Richmond, though she says they slowly sold off the cows. This year, they have a new product, hemp, which was legalized under the farm bill.

“We are growing four acres this year,” she said. “Just kind of testing it out. It’s a new thing.”

The Farrs are one of the hundreds of farms across Vermont getting into the hemp business. Vermont Tech is, as well.

“We are looking at it from basically seed to drying,” said Molly Willard of Vermont Technical College.

The college is offering a new three-part certification course that teaches students the agricultural side of CBD production.

Regulations and potency testing are also part of the curriculum. The state agriculture and environmental laboratory is conveniently located on campus. Officials say the course fits in with the college’s mission to educate the workforce of tomorrow, regardless of how big of a market CBD actually becomes.

“I think it is hard to know how CBD is going to shake out,” Willard said.

Farr says right now, she’s focused on dairy, despite the fact that her family’s farm is heading in a different direction.

“Just have it as an added source of money, that would be good for them,” she said.

The program only comes with a certificate right now but college officials say it will likely include credits in the future as part of the college’s diversified agriculture program.

Next Conference for Imperial County Hemp Summit and Expo - KYMA 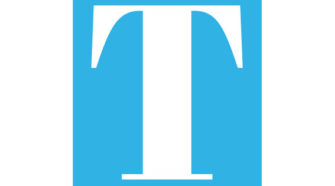