The legalization of hemp is spurring U.S. farmers into unfamiliar terrain, enticing them with profits amid turmoil in agriculture while proving to be a tricky endeavor in the early stages (Nov. 21)

With a two-year moratorium on growing hemp expiring Thursday, Shasta County officials are racing to come up with rules for grows.

And with the ban ending, County Agriculture Commissioner Rick Gurrola will start accepting applications to grow hemp on Friday.

Supervisors on Tuesday unanimously voted to direct Gurrola and county planners to come up with a hemp ordinance with conditions for them to consider.

Among supervisors’ concerns are money to enforce and regulate the industry, the amount of property needed to grow hemp and the odor from the plants.

A volunteer walks through a hemp field at a farm in Springfield, Colo. on Oct. 5, 2013, during the first known harvest of industrial hemp in the U.S. since the 1950s. (Photo: P. Solomon Banda/AP Photo)

“My comments are not the growing of industrial hemp, but the mitigation of odor, which in the research I’ve done, this is certainly one of the concerns,” said Barbara Holder, who lives near Anselmo Vineyards in the Inwood Valley between Redding and Shingletown.

Chris Cook, who manages Anselmo Vineyards, said they have cleared about 40 acres of property there in anticipation of growing hemp or planting more vineyards. Despite rumors, Cook said Anselmo Vineyards has not ripped out any grape vines to make room for hemp.

Cook said the operation in southern Oregon grows hemp for the cannabigerol, or CBG oil, which is used for medicinal purposes.

Matthew Maderios, who works with Cook in Oregon, believes the tax benefits for Shasta County would be significant, noting the farm in Oregon has 40 year-round jobs and 300 seasonal jobs.

However, Supervisor Leonard Moty suggested the economic benefits the county would see from hemp grows are overblown.

“It will do nothing for the county because those economic benefits, the money they’re going go spend when they buy stuff, well it’s going to be in the city of Redding, and the city of Redding doesn’t give us any sales tax money for any of our operations,” Moty said.

“It will bring wealth and benefits into the city of Redding but into the county coffers who actually pay for the expenses, it would not,” Baugh said.

Moty said fees would need to be structured to cover the county’s cost to regulate and enforce.

Gurrola said any hemp applications he receives after the moratorium expires Thursday would be subject to caveats.

“My intent is to have county counsel come up with language that there may be restrictions that come in later (affecting) your ability to grow industrial hemp,” Gurrola said.

How many of us are going to survive?: Redding businesses feel crunch of downtown parking structure demolition

After Tuesday’s meeting, County Counsel Rubin Cruse Jr. told the Record Searchlight in an email: “I anticipate the proposed ordinance, if approved by the Board of Supervisors, will declare that the cultivation of industrial hemp not in conformance with the provisions of that ordinance is a public nuisance that may be abated in accordance with law.”

Cruse said the county can halt hemp grows in violation of county rules even if the grows “may have been lawfully occurring prior to the effective date of the ordinance.”

In April 2018, county officials voted to extend growing the plant, which looks like marijuana but has low levels of tetrahydrocannabinol (THC), the compound that makes people high.

Industrial hemp has 0.3 percent THC. It is illegal to grow, process or sell marijuana in Anderson and unincorporated areas of the county. It is legal in the cities of Shasta Lake and Redding, though.

The 2018 U.S. Farm Bill removed industrial hemp from the Controlled Substance Act, which means the plant could be grown with a valid U.S. Department of Agriculture license. The Farm Bill preserves the authority of states to enact and enforce laws regulating hemp.

CBD has exploded in popularity since Trump legalized the cultivation of hemp, but is it a medical miracle or just another fad?

Meanwhile, Shasta County Sheriff Eric Magrini said it would be difficult for his department to help enforce hemp regulations, should they come to fruition.

“I can anticipate if there was an enforcement component, it would probably fall within the purview of my office and right now we do not have the resources or the personnel to oversee that, to regulate and/or enforce,” Magrini said.

Latest updates: Here’s what we know about coronavirus in Shasta County

A recent news release from the Fresno County Sheriff’s Office talked about the rise of hemp farms and how “crooks are mistaking plants for marijuana.”

In October, Fresno deputies investigated reports of 15 to 20 people going to a property to steal plants, but the suspects fled the area before law enforcement arrived, the news release said.

The release said many growers post “no trespassing signs” that also state the field contains hemp plants, not marijuana said.

David Benda covers business, development and anything else that comes up for the USA TODAY Network in Redding. He also writes the weekly “Buzz on the Street” column. He’s part of a team of dedicated reporters that investigate wrongdoing, cover breaking news and tell other stories about your community. Reach him on Twitter @DavidBenda_RS or by phone at 1-530-225-8219. To support and sustain this work, please subscribe today.

Next Is cannabis the new casino? Eastern Band of Cherokee Indians looks to invest - Asheville Citizen-Times 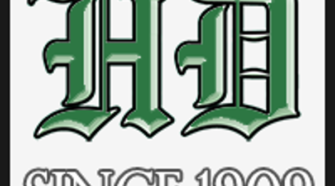