Mid-American Growers is cashing in on one of the most ancient crops known to man with its recent switch to hemp production.

In addition, the business operators gave a presentation this week to the Putnam County Board, requesting to get involved in growing marijuana at some point after recreational use becomes legal in Illinois on Jan. 1.

The Granville facility, formerly known as Color Point, is now the world’s largest indoor hemp production facility. The golf carts and bicycles used by workers to get around the 3.6-million-square-foot facility illustrate just how vast the operation is.

They can’t give public tours, due to security concerns, but President Anne Hyde gave Shaw Media full access to tour the facility to better understand what’s going on with the former bedding plants grower.

Upon entering, the brightly lit offices and Christmas decorations look like any other upscale office. Down a corridor to the greenhouse entrances, however, a different picture starts to emerge. You can smell it before you see it: the rich, earthy aroma of cannabis is unmistakable.

It’s jarring for someone experiencing it for the first time. The smell is illicit, and confronted with an overwhelming, clothes- and hair-staining amount of it makes one look around nervously waiting for an authority to approach. That’s not happening here.

Instead, a row of employees, clad immaculately in white, many of them with masks over their mouths and noses, hand processes the harvested hemp under a vast array of skylights.

Though hemp and marijuana both are cannabis plants, hemp does not contain detectable amounts of tetrahydrocannabinol, or THC, the chemical that produces a high in the user. Instead, hemp produced at Mid-American is used for the burgeoning cannabadiol (CBD) market.

CBD, commonly in oil form, is used for many medical purposes including pain relief and anxiety treatment. Hyde said it’s anticipated CBD will be a $7 billion market next year in the U.S. alone, so it made perfect sense for them to make the switch.

The Granville facility uses a proprietary method of processing, hand-trimming the harvested plants to remove flowers from the stalks. Machines further trim the plants, but Hyde says they’ve found that people are more efficient for the initial trimming, which also yields a better product.

Hemp is a fast-growing plant, with a 12- to 16-week growth cycle, so they’re able to produce four cycles per year from seed to harvest. It’s a precise process — plants are grown, cut off at the stalk to hang dry, bagged, stored, weighed, processed then reweighed to make sure nothing is missing Hyde said.

“We’re going above and beyond regulations for security and accountability here,” Hyde said. “This is an extremely high-tech facility. It made perfect sense to us to switch from producing over 300 varieties of bedding plants to a mono-crop.”

Hyde said very little was required to convert the operation from mass producing flowers for the various holidays and garden centers to hemp production. They already had a tracking system in place so advanced that should a Home Depot receive a different pallet of plants than expected, they knew precisely how to pinpoint what went wrong and correct it. This translates to a smoother operation for working with a plant that requires strict regulation. The biggest changes they had to make were security related, she said.

“We really want to set the bar here,” she said. “We haven’t had anyone from the community express any concerns with what we’re doing here now because we’ve always been a good community partner. But we’re hoping that people seeing just how high-tech and regulated everything is here it will ease any worries. This isn’t your uncle throwing up a hoop-house and growing pot in his back yard. This is a very sophisticated operation and we’re doing it the right way.”

As a grower, Mid-American has always strived to be a good community partner, Hyde said. They’re currently working on setting up farm partnerships, though the details aren’t yet ready for a public announcement.

“It only makes sense though,” she said. “We are right here in farm country.”

Additionally, there’s a possible partnership with IVCC in the works to add a program for those who may want to go into the business — Hyde said most growers have a background in agriculture or horticulture.

Additionally, Mid-American is hoping to partner with Marquis Energy for oil extraction.

What else is in the works?

Hyde says it only makes sense that Mid-American would add marijuana to its grow operation come Jan. 1 when it becomes legal.

“We have to be nimble and able to react to the market,” she said.

They’ve already approached Putnam County Board, and Hyde said she doesn’t anticipate any issues from the board regarding the request. Board Chairman Steve Malavolti confirmed they’re working on zoning, having already set in place the tax the county is allowed to assess from any cannabis-related businesses.

Hyde said they’ll seek a craft grower license, which allows between 5,000 and 15,000 square feet for cultivation. That, she said, can be adjusted by legislation as needed.

Should their license be granted, something she also anticipates will go smoothly, Hyde said they’ll need to consider adding jobs. The plants have to be grown, stored and processed separately due to regulations.

“We hope to go as big as possible,” she said. “But right now it’s kind of up in the air. Everything about this is so new so how it goes depends on how things play out with the licensing.”

The county board anticipates it could be about 90 days to go through zoning and permits, and Hyde said the license applications have to be completed by March so come spring, they could be ready to start growing marijuana.

Hyde’s final thought on all this?

“This is a business; we’ve had people here with us for 25 years. We’re a family here, providing (financial) security for the community by growing a profitable crop.”

With that, the tour ends, and Hyde is off to admire the decorations laid out for the next day’s company Christmas lunch.

Where does the product go?

Hyde said the finished products are sold locally as much as possible. They sell wholesale to dispensaries and to manufacturers alike.

Peat from bogs in Canada is imported to grow the hemp.

Hemp, unlike marijuana, can be transported across state lines.

It takes twice as many employees to produce marijuana compared to hemp.

There are 32 growers on staff.

Rijuice rolls out new line of beverages with an unexpected ingredient: hemp – LancasterOnline 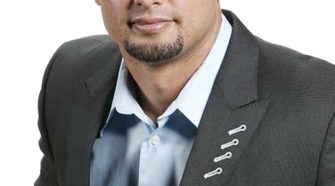