The Public Health Ministry has been asked to review its new regulation, which saw seeds and oils from the hemp plant removed from the list of controlled substances under Category 5 of the Narcotics Act.

Panthep Puapongpan, a coordinator for the People’s Civil Network for Cannabis for Medical Treatment, on Monday called the ministry’s exemption criteria “unrealistic” and said it will not benefit local growers.

“It will be very difficult for local growers to benefit from this simply because the cannabidiol (CBD) to tetrahydrocannabinol (THC) ratio outlined in the regulation is too low, which makes it hard for small-scale growers to follow,” said Mr Panthep.

According to the regulation, only hemp extracts that contain a ratio of cannabidiol (CBD) to tetrahydrocannabinol (THC) not exceeding 0.01% to 0.2% by weight can be used in drugs and herbal products. The regulation also sanctions the use of dried hemp bark, stems, fibres and seeds in traditional medicine, food and cosmetics preparations.

The policy was envisaged to promote the use of hemp oil and seeds as ingredients in locally made drugs, food and cosmetics products.

Mr Panthep asked the ministry to increase the overall ratio to 1% — a level which local producers consider easier to produce.

Dr Sukhum Pimai, the ministry’s permanent secretary, said that the ministry will take the suggestion into consideration.

Separately, Dr Thares Karasnairaviwong, secretary-general of the Food and Drug Administration (FDA), said more laws will be written to promote the production and use of hemp and hemp extracts.

“The lawmaking process is set to begin in about six months,” he said.

Currently, only state agencies are allowed to seek permits to grow hemp, which can only be used to make fibres for the textile industry.

“In foreign markets, hemp is an ingredient of various food, beverages, dietary supplements, as well as cosmetics,” said Dr Tares.

“Right now, the FDA is working on a way to amend and/or scrap regulations to allow the use of hemp in sectors other than the textile industry.”

Meanwhile, the Department of Thai Traditional and Alternative Medicine officially opened medical marijuana clinics in 13 hospitals across the country on Monday.

Next Industrial Hemp Is Not The Answer | Editorials - Yankton Daily Press 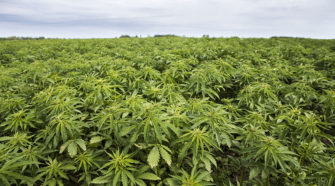