PIERRE, S.D. (KELO) — State lawmakers were using an old draft Thursday during a committee hearing about legalizing industrial hemp in South Dakota, according to one of the governor’s top aides.

Communications director Maggie Seidel said Governor Kristi Noem and her staff are continuing to update the administration’s version of HB 1008.

Legislators on a special interim committee introduced the bill, after Noem used her veto power to block a 2019 proposal that would have allowed growing, transporting, marketing and processing industrial hemp.

Seidel said work was continuing and the draft that lawmakers discussed Thursday was outdated.

“At the legislators request, we’re working on changes and won’t comment on a working draft. After we have something, we’d be happy to discuss it,” Seidel said.

KELOLAND Media Group received a copy of the version that was distributed at the hearing and had been placed on committee members’ desks Wednesday. House Republican leader Lee Qualm of Platte said it hadn’t been put on the internet yet.

Jason Hancock is director for the Legislative Research Council that serves as the nonpartisan professional staff for the 105 lawmakers. Hancock said his understanding was that the draft presented at the hearing came from the governor’s staff.

“To my knowledge and the knowledge of the LRC committee staffer, it has not been submitted to this office, at which time it would be given a style and form review and put on the LRC system, after which point the sponsors could authorize its posting to the web,” Hancock said. 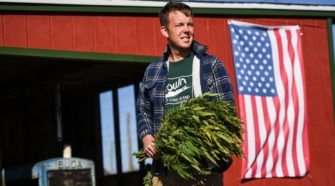