PIERRE (AP) – Gov. Kristi Noem announced Monday that the state will have sufficient room in her proposed budget to raise pay for teachers and state employees, as well as to launch an industrial hemp program.

The Republican governor said increases in tax revenue and cuts to other programs will provide enough money to give a 2% bump to funding for pay increases. Noem will also get the $3.5 million she said is necessary to “responsibly” start an industrial hemp program.

With Republicans who control the Legislature on board, the budget items are practically a done deal and clear up a couple major questions as budget negotiations enter final stages. Lawmakers have until the end of the week to pass a budget, which will take effect in July.

Noem told reporters that she asked state agencies to tighten their budgets to clear room for the other items. Some of the money will come from programs at the Department of Social Services and Human Services that Noem said are underused, citing fewer people in nursing homes and declining Medicaid enrollment. She also requested deferment of a planned increase in maintenance and repair of state government buildings.

When Noem proposed the budget in December, she told lawmakers there was no room for the pay increases. Tax revenue was running behind projections as the state recovered from flooding. But in the last few months, revenue rebounded and the Legislature predicted they would have $19 million more than what Noem predicted.

It will cost about $55 million for the pay raises for state employees, service providers and educators.

Democrats, who hold a handful of seats, said they were pleased with the funding for pay increases, which has been their top priority this year.

Noem’s announcement on hemp funding likely resolves a year-long dispute with legislators. She conceded to lawmakers that she would not veto a hemp bill like she did last year, but only if it met her requirements, including funding. The $3.5 million will cover the cost of 15 full-time positions, new testing equipment, four police dogs and expanded drug storage space for the state’s drug lab and Highway Patrol.

Lawmakers had argued those costs were excessive, but accepted the governor’s demands on Monday.

“It will make it a better product because we did this,” said Republican House Majority Leader Lee Qualm, who introduced the hemp bill.

The Hazy State Of Hemp In Massachusetts – wgbh.org 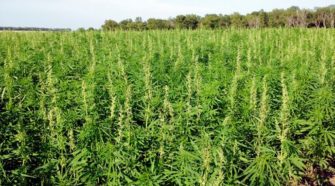