BOISE, Idaho — Governor Brad Little has issued a temporary executive order that will allow the transportation of hemp through Idaho.

In a news release, the governor says the order is meant to serve as a “stopgap measure until the Idaho Legislature enacts a more permanent solution” to conflicts between state and federal law related to the

The news release clarified the executive order does not authorize or legalize the production of hemp or any other derivative prohibited by Idaho law.

“From the start, I have stated I am not opposed to a new crop such as hemp, but that we need to be sure the production and shipping of industrial hemp is not a front to smuggle illicit drugs into and around Idaho. We expected new federal rules would eventually result in hemp lawfully traveling across state lines. My administration has prepared for this development, working with partners in law enforcement and other interested parties. As it turns out, the rules were published at a time when the Idaho Legislature could not quickly respond. My executive order is a stopgap measure to address the narrow issue of interstate transportation of hemp until the Idaho Legislature develops a permanent regulatory framework around hemp,” Governor Little said.

Federal legalization of hemp arrived in the

and expanded an industry already booming because of the skyrocketing popularity of CBDs, a compound in hemp that many see as a health aid.

Just a few months after Congress placed the marijuana look-alike squarely in safe legal territory, the hemp industry was been unsettled by an unexpected development.

Related: Federal legalization of hemp creates quandary for US police

Truckers, free to haul hemp from state to state because of the

, have been stopped and sometimes arrested by police who can’t tell whether they have intercepted a legal agricultural crop or the biggest marijuana bust of their careers. That’s because the only way to distinguish hemp and marijuana, which look and smell alike, is by measuring their tetrahydrocannabinol, or THC, and officers don’t have the testing technology to do so on the spot.

Related: Idaho State Police may get tests to tell hemp and pot apart

The Idaho State Department of Agriculture, Idaho State Police, and Idaho Transportation Department will promulgate temporary rules and work cooperatively to carry out the executive order.

You can read the full executive order 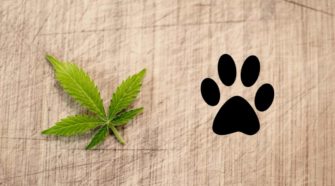