The state Senate is scheduled to vote either Thursday or Monday on HB 1008, which the House of Representatives has already approved 54-12.

Governor Kristi Noem, a Republican, vetoed a similar bill last year. The Senate wasn’t able to get the necessary 24 ayes to override it.

The governor is willing to accept the legislation this year if her ‘four guardrails‘ are met, but the sides have vastly different estimates of how much funding is needed.

Noem’s budget office said the costs would total some $3.5 million for start-up and the first year of operation, while the Legislative Research Council estimate was about $80,000 for the first year and eventually about $165,000 per year.

Senator Jim Bolin, the Republican assistant leader in the Senate, said he doesn’t expect the governor would block it again. “I don’t think we’re going to get to a veto. I think this is going to get worked out,” he said.

Qualm said he doesn’t expect farmers to plant many acres of hemp this year because the U.S. Department of Agriculture would still need up to 60 days to approve South Dakota’s plan.

Qualm said it could be as late as June or July for South Dakota to get federal clearance if the legislation passes. That means there won’t be much immediate demand from growers for licenses, he said.

For hemp to be legal, the federal government requires it have no more than three-tenths of one percent of THC, the chemical that creates the high.

Other states haven’t seen “a significant impact” on law enforcement, Qualm said. He chaired the Legislature’s interim committee that looked last year at how other states have handled industrial hemp and assembled the legislation for this year.

He said two ballot measures in November that would legalize marijuana for medicinal or recreational use would significantly change what South Dakota would, or wouldn’t, need. 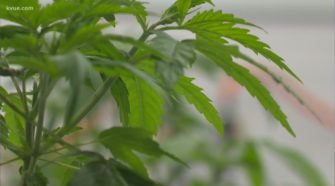