The legalization of industrial U.S. hemp cultivation in the 2018 farm bill has already had an impact on the promotional products industry – namely in the growing desire for CBD-infused products – but suppliers are also seeing a rising demand for apparel and accessories made from hemp.

“We’re getting more requests for hemp products than ever before,” says Kriya Stevens, marketing manager for econscious Apparel (asi/51656). “Retail companies like Patagonia and Prana have used hemp in their lines for a while, but now we’re seeing hemp content become more readily available in the imprintables market because there’s a real thirst for them.”

Expert Brand recently released its Hermitage line for men and women. The items are made of a 60/40 viscose hemp/organic cotton blend.

Hemp is sometimes referred to as a “golden fiber” because of its beneficial qualities, according to Sion Shaman, owner of Expert Brand (asi/53404). “It naturally offers properties such as high moisture absorbency, heat conductivity and excellent abrasion tendencies; it’s also shown to offer some antibacterial properties.”

Hemp fiber is strong, durable and has great shape retention properties, compared to other natural fibers, Stevens notes. It’s typically blended with other fibers, resulting in an end-product “with a rich array of impressive performance properties,” she adds.

In addition, hemp is renowned as an eco-friendly fiber. It grows quickly and doesn’t require herbicides, fungicides or pesticides to flourish. “It doesn’t pollute the water system, and it requires less water and less land to grow,” says Glen Brumer, sales director at Royal Apparel (asi/83731).

The hemp trucker hat from Emperor Promos was one of its hottest sellers at the end of 2019.

Those are just some of the reasons demand for hemp fiber has been growing. Last year, MarketWatch forecast that the global market for hemp fiber would increase to $280 million by 2025, compared to $190 million in 2018. And in the U.S., hemp production is also spiking. In 2019, the number of acres of hemp licensed across 34 states totaled 511,442, which was more than quadruple the number of acres in 2018, according to data from Vote Hemp, a nonprofit advocacy group.

Still, there are challenges when it comes to hemp production in the U.S. Though more farmers are opting to grow hemp, now that it’s legal to do so, many are choosing to grow the CBD variety of the plant, rather than the variety used for fiber and textiles. Barbara Filippone, head of EnviroTextiles, said in a UPI article that she worries the U.S. textile industry doesn’t yet have the supply chain infrastructure to process the plant and turn the fibers into textiles.

Those changes are coming, though. “People are making tremendous efforts to have hemp be made domestically,” says Milissa Clark, sales director of US Blanks (asi/92423). “Probably by the end of the year, we’ll see a 180-day turn from seed to shirt. It will be pretty remarkable if they can do it.”

Another limiting factor with hemp fiber is price. It’s still more expensive than other organic fibers, Clark says. However, many suppliers see the possibility of lower prices in the near future. “We hope that with hemp becoming more popular, the price will go down to where more products can be made from this material and bring the material cost down as well,” says Steve Peters, co-founder and vice president of operations at Emperor Promos (asi/52371).

“Focus on the fact that hemp products last longer, are better for the environment and, generally speaking, are a better value,” Peters advises if price becomes and issue. “The promotional products industry has already seen a big turn toward products that last longer, but often distributors are not incentivized to push them since the market is very saturated with standard throwaway promotional products.”

Last year, econscious added this hemp pouch, available exclusively at alphabroder. The style has been a top performer for the brand.

For the right client, however, a shirt, bag, hat or other item made out of hemp fiber will resonate, no matter the cost. At the top of the list, as one might imagine, is the budding market for legal cannabis – hemp’s “kissing cousin,” as Brumer puts it. Dispensaries and CBD brands want to support hemp production and choose hemp-derived items for their promos, he adds.

Other potential targets include breweries, health food companies, health and wellness companies, bath and body brands, universities, nonprofits, Fortune 500 companies with corporate social responsibility programs and any brands with a commitment to sustainably sourced goods, Stevens says. Musicians tend to be interested in apparel made from hemp fibers, Brumer says.

In general, the appetite for hemp products skews younger. Millennials and Gen Z are the most likely to “view hemp as a great renewable source of material without the stigma,” Peters says. “Some of the older generation might just be thinking of hippie purses and hemp rope.”

Next COVID-19 Patients Should Avoid THC 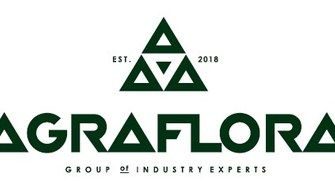