MEDFORD, Ore.– Some of southern Oregon’s small farms are in trouble. They say the local fruit industry is facing an unprecedented lack of skilled labor.

With few to do the work, many farms are facing difficulty getting their orchards ready for the season. NBC5 News spoke with several farmers who say they’ve endured hardships before and have been able to weather most of them.

But recently, farming has gotten harder and according to some, this could be the end for fruit in the valley.

“I’ve seen ups and downs in the pear industry but it seems like the last two or three years it’s getting a lot worse,” said Gary Hubler, owner of Hubler Orchard.

The Rogue Valley has long been known for its bounty of pear orchards. But those small family-owned farms may soon be a thing of the past. As Hubler describes it, finding people with the necessary skill sets is nearly impossible.

Farmers say many of those willing to work need to be trained. Otherwise, mistakes are made that can cost the farm money and cut into the already thin margins farmers have to work with.

While a u-pick farm for peaches and cherries, Sugar Plum Acres owner Teresa Hunter says they are no exception to the difficulties small fruit farms are facing.

“We’ve had to thin a couple different times just using family members which is fine that’s what we’re here for,” she said. “But that was certainly a challenge. We did have some losses in the trees and it was just too heavy and the pruning wasn’t done quite the way the old crew would have necessarily done it.”

Hunter says part of the loss of skilled labor she’s seeing is due to the current workforce that’s aging out. But most farmers seem to agree the biggest problem is the increase in hemp farms.

With the recent boom after the legalization of hemp, new farms have been sprouting up left and right across the Rogue Valley. According to Chris Bourne, co-founder of local hemp company Klersun, in his experience, it takes about 60 workers to harvest 50 acres of hemp. That can last up to 40 days making for a profitable work environment for laborers.

He agrees there are labor issues.

“They’re pulling labor away from the grape industry, the pear industry, and other crops. I’ve seen that as well,” he said.

Hunter says she understands those workers have every right to move where they want to. Wherever it’s most profitable for them, that’s where they’ll be at. The problem for fruit farms is trying to match the amount hemp farmers can pay when one crop is more fruitful and relies less on seasons than the other.

But if this problem isn’t resolved soon, Hubler believes many small farms could be on their way out.

“We’re supposed to be so famous for pears and we’re not that famous anymore,” he said.

Some of the farms like Hubler and Sugar Plum have started to diversify their crops and adapt to the changing markets in other ways to provide what the people want. However, farmers say there needs to be more support for local beyond just buying their product.

Miles is a Rogue Valley native, raised in Ashland. He enjoys hiking, mountain biking and photography. 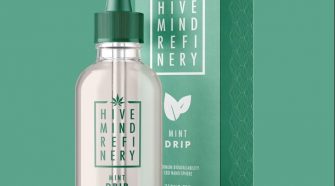