WOODBURN, Ore. (KOIN) — In early September, hops went whizzing by on an elaborate network of conveyor belts at B.C. Hop Farms near Woodburn. One month later, this year’s hemp harvest made the same journey, whisked from the back of a truck to the drying room to the packaging area.

Bill Davidson, vice president of B.C. Hop Farms, is one of a couple thousand farmers in Oregon looking to cash in on the CBD craze. It’s an exciting time, but one that’s not without its risks.

“We didn’t know what we were getting into,” Davidson said. His family has grown hops and other crops for decades. But even though the production of hemp has been legal since 2010, it has been largely uncharted territory until the last couple of years.

In Oregon, hemp is primarily grown for CBD, an extract touted as a treatment for everything from aches and pains to anxiety and insomnia. Hemp is a non-intoxicating variety of cannabis that contains 0.3% or less tetrahydrocannabinol (THC).

According to Oregon Department of Agriculture data, only a couple thousand acres were licensed for hemp production in Oregon in 2017. That grew to more than 11,000 in 2018, the same year Davidson and his brothers were convinced to put in their own hemp. That same year, the 2018 Farm Bill effectively legalized hemp nationally. As of this September, the number of licensed hemp acres in Oregon has ballooned to more than 63,000.

Davidson’s hemp crop makes up just about 15 acres of his family farm in Marion County. It’s small compared to how much land they’ve devoted to growing hops.

“(We) didn’t want to go crazy because we don’t know what this market’s gonna do,” he said. Ask any hemp farmer and they’re likely to acknowledge that same uncertainty with everything from best growing practices, to the likelihood of finding a buyer.

But many, especially in the younger generation, are ecstatic about the potential for hemp.

“I look at this as a modern day gold rush essentially,” said Bruce Wolf, who is helping the Davidsons with their harvest. “Everybody’s trying to figure out how to harvest it … it’s a neat thing to be involved in.”

Davidson said the main advantage they had was already having a dryer, the same one they use to dry the hops when they come in from the field. They also have a way to get the CBD oil extracted, by sending the dried biomass up to Yakima Chief Hops in Washington, a company B.C. Hop Farms partially owns, and the company that processes their hops each year.

And, they had a buyer lined up ahead of time, a business move that as many as two-thirds of other growers in the U.S. may not have made. Experts have also worried that the growing capacity is far outpacing the production capacity (i.e. drying the hemp and extracting the CBD oil).

“I don’t know how they’re gonna get it processed and dried but man there’s a bunch of it around,” Davidson said.

Davidson and his family learned a lot from the first year, and made some changes this time around.

“Last year, we hand stripped it,” he said. “We took that stem off and stripped the bud from the stem and threw the stem away.” That took 25 days and about 60 workers. “It was a learning lesson, to say the least.”

The hemp harvest at B.C. Hop Farms near Woodburn went a lot faster after they applied some lessons learned in their first year farming the crop (Hannah Ray Lambert)

This year, they used a forage harvester, the kind of machine that chops corn and other plants into small pieces so it can be stored and used for silage. The use of the machine got their harvest time down to about four days, with far less labor.

They’re still refining the process, and might plant in July instead of June next year so the plants don’t get quite as big. Some this year were more than 6 feet tall, which led to occasional clogs in the harvester. They’d also like to plant them closer together, to make harvesting faster.

Everybody is also sharing what they learn. According to Wolf, all the farmers talk to each other about their experiences with hemp so far.

“We’re all trying to figure it out together,” he said. “Everybody’s trying to help each other. It’s a farming community. That’s what we do normally.”

And if it turns out that the market has gotten oversaturated? Well, Davidson isn’t worried.

“… if it’s where the price isn’t worth doing it, then we’d just say ‘The heck with it,’ and stick with our hops.”

Next From Hokie football to hemp - Roanoke Times

Facebook Users Can Search for Cannabis Pages Again, But Confusion and Obstacles Abound 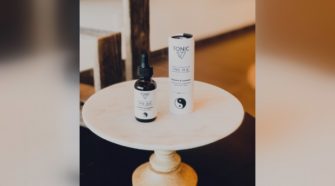