You’ll be scoring membership points along with your bud or joints.

And the co-operative, which counts 440,000 members, didn’t shy away from the pot culture lingo when it welcomed customers at its first Calgary marijuana outlet Wednesday.

Co-op officials say they plan to have a dozen cannabis outlets, mainly located near their standing grocery stores, in Calgary over the next year.

The first out of the gate was the strip mall location at 8720 Macleod Tr. S.E., where 1,400 sq. ft. of space offers cannabis flowers, pre-rolls and oils, along with the sniffer jars that have now become familiar to weed browsers.

Cannabis sold legally at Co-op, or throughout the country for that matter, is tough for some to accept, said Jim Riege, Co-op’s senior director, cannabis.

And he said some Co-op customers are “not necessarily in favour of us opening a cannabis store but there are many members who do want us to open the store.”

“It’s definitely difficult for some people to get their head around, that cannabis is legal in Canada, but it’s a service we can offer to our customers and it’s totally up to them to choose it,” he said.

But Riege said Co-op’s well-worn reputation for friendly hospitality and quality products has extended to its cannabis outlet, where customers won’t have to ask in which aisle they’ll find bongs, rolling papers and vaporizers.

“As part of the community since 1956, we care deeply about being Calgary’s most trusted place to shop for food, wine, fuel and more- and Co-op Cannabis is dedicated to providing a similar exceptional shopping experience,” he said.

And just as its grocery side trumpets its offerings of local or regional produce, the store is “already building a reputation of supporting local producers with a selection locally crafted glass pipes.”

Scott Nadeau shows off his purchase from the new Co-op Cannabis retail store.

Loblaw, which operates Real Canadian Superstores in Calgary, is also planning to open recreational cannabis retail outlets in Calgary, though Sobeys/Safeway has said it will not.

As it is with the liquor stores the grocery chains operate, the cannabis shops can’t be physically attached to their food outlets.

Co-op’s pot shop is at least the fourth to open in the city since prohibition ended Oct. 17.

“We would have opened Oct. 17 but we just couldn’t get product on time,” she said.

“We order more and more every single day,” she said.

Like other cannabis stores, higher strength product is what sells best, said Newman.

“All the high-THC items are what we’re having a hard time getting,” she said.

The AGLC has said licensed cannabis producers have been hard-pressed to keep up with demand.

Newman said she hopes to open at least two more stores in Calgary, while hoping the retail field doesn’t become too crowded.

As of Thursday, there were 12 cannabis outlets in Calgary with AGLC licences, including the four that have opened their doors. 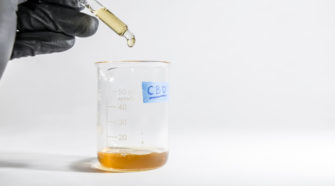