Hundreds of people from across the U.S. flocked to the Williamson County Ag Expo Park last week as the second annual Southern Hemp Expo kicked off.

The passage of the federal Farm Bill last December by the U.S. Congress, which classified hemp as an agricultural commodity and removed it from the federal controlled substances list, helped fuel the already exploding industry.

And as more than 2,600 Tennessee farmers and businesses became licensed by the state to grow hemp this year, dozens of companies across the U.S. touted their products and equipment for all stages of hemp and CBD production.

Those range from testing companies that ensure hemp doesn’t contain more than the allowable 0.3% of tetrahydrocannabinol (THC) to equipment suppliers that process the plant and extract cannabidiol, or CBD.

But as growers flood the market, the supply chain is still getting established, said Beau Whitney, vice president and senior economist at New Frontier Data.

“A lot of farmers have grown this crop now, but they’re not quite sure what to do with it once it matures — how to dry it, how to transport it, how to package it,” Whitney said. “it’s going to take a couple years to sort out those details.”

An attendee at the Southern Hemp Expo smells raw hemp flower sold by one of its vendors on Sept. 6, 2019. (Photo: Elaina Sauber)

Regardless, hemp market sales in the U.S. are projected to exceed $5 billion by 2022, according to New Frontier Data.

Those new to hemp farming can take notes from companies that have been in the market for years, such as High Grade Hemp Seed, Inc., based in Longmont, Colo.

The company, which sells hemp seed and seed starts to growers, has carefully honed varieties of hemp that are high in CBD, with names like Cherry Wine, Berry Blossom and Trophy Wife.

“Because we’ve been farming it for a few years, we’ve got an understanding what we need to do to get it to that finished product,” grower Alexis Corral said. “But we do work with other farmers in terms of being a distributor for them if need be, and putting them in contact with suppliers.”

While raw hemp flower — which looks and smells identical to high-THC cannabis but has no psychoactive qualities — is now perfectly legal to sell, not everyone wants to light up just yet.

Many of the roughly 150 vendors at the expo were selling more than just hemp seeds and flower.

Among them was Isolate Extraction Systems, Inc., a Colorado-based company that sells extraction equipment for hemp and other products.

The company sells a machine resembling a high-tech pressure cooker, which takes raw hemp, separates the particles and produces concentrated, ready-to-sell CBD oil. The machine can process about 140 pounds of hemp per day.

“We’re one of the few machines out there that is 100% automated,” sales employee Keith Vales said. “The oil comes out shelf ready.”

The extraction machine costs $340,000 — but that doesn’t seem to be deterring customers.

The company has grown rapidly since the Farm Bill passed, Vales said. They’ve nearly doubled their number of employees to more than 70 over the last six months.

“It’s an industry that’s starting at zero and going directly up to 100. If we could really dial it in, make consistent rules from state to state and make the laws make sense…that will be much more beneficial to consumers,” Vales said.

‘A NEW GOLD RUSH’: Tennessee hemp farming rises 1,100% in one year. Is it growing too fast?

SUPPORT LOCAL JOURNALISM: A digital subscription to the Tennessean keeps you up to date on news that matters to you.

What’s the difference between hemp and marijuana?All hemp is cannabis, but not all cannabis is hemp. The biggest difference is that hemp cannot get users high. Legal hemp must contain 0.3% or less of tetrahydrocannabinol, the psychoactive compound that creates the “high” for people who use it. Hemp has much higher levels of cannabidiol, or CBD, which does not produce any psychoactive effects.Products made from hemp and CBD range from creams, ointments, food and peverages to pet treats, capsules and oils. 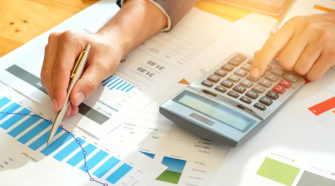