SHELBY CO., Tenn. – The hemp business is booming in Tennessee since it became legal in February.

There are now more than 3,300 licensed hemp growers in the state. This recent change in the law is affecting how some communities are prosecuting low-level marijuana cases.

The Tennessee Bureau of Investigation has the only lab to tests drugs samples. TBI tested 10,652 samples, both misdemeanor and felony amounts, last year.¬†And now, their workload is growing since lawmakers legalized hemp in February.

Both marijuana and hemp come from the cannabis plant. The difference is the level of THC in each – that‚Äôs the stuff that gets you high.

Hemp has less point three percent and it’s legal. Marijuana has a lot more THC and it is illegal.

This fall, the TBI officials said they added a new color test to determine the difference between the twoTechnicians say hemp samples will turn pink and marijuana samples almost instantly become blue.

Officials say they‚Äôre on track to test more than 10,00 samples this year.

But with only one lab testing samples for the entire state, prosecutors must prioritize what they send to the lab.¬†

‚ÄúThe drug cases that we pursue, that we indict and that we handle in criminal court are going to be your high-level drug dealers, drug traffickers, drug manufacturers,‚ÄĚ said Shelby County District Attorney General Amy Weirich.¬†

In Texas, some prosecutors are dropping low-level marijuana cases because of limited resources for testing. But District Attorney General Weirich said the new law hasn‚Äôt had that same impact in Shelby County.

‚ÄúIf anybody with a low level of marijuana is even charged by police, they‚Äôre typically given a misdemeanor citation which is a piece of paper which says come to court in a few weeks and if it‚Äôs a first offense, we typically no process without cost. Repeat offenders, we might ask them to pay a fine,‚ÄĚ said Weirich.

A representative from the county public defender’s office said it has carefully reviewed these statutory amendments.

He said the new law is a game changer.

‚ÄúWith this change in the law making hemp legal, it gives us the argument to a prosecutor or to a judge or if need be a jury, that in fact my client is not guilty, he hasn‚Äôt done anything wrong, and he‚Äôs in possession of something that is 100 percent legal so it gives us a lot more negotiating ability,‚ÄĚ he said.

Mogy said about 30-40 percent of his caseload is drug-related offenses. He said more clients won’t be stuck with the prisoner’s dilemma¬†

‚ÄúDo I sit here and take a guilty plea, so I can get out of jail now? Or do I fight a case where I know I‚Äôm innocent? This takes that option away so people don‚Äôt have to plead guilty to crimes they haven‚Äôt committed simply¬†so they can get out of jail because they‚Äôre too poor to make their bond,‚ÄĚ said Mogy.

Mogy believes legalized hemp is getting Tennessee closer to the point of legalizing marijuana one day. But TBI disagrees ‚ÄĒ the agency said it “remains opposed to the legalization of marijuana in any form.”¬†

If It Looks And Operates Like A Farmer, It Probably Is A Farmer: Aurora Cannabis

Getting Into The Hemp Industry: Advice From A Farmer – Utah Public Radio 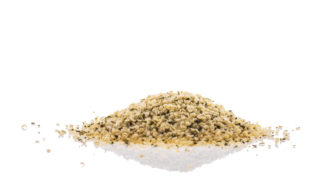