Many farmers are wrapping up a frustrating first year of growing hemp, which was legalized under the 2018 Farm Bill.

“It’s kind of a good way to start, in that that’s about as bad as it can get,” said Jeff Cox, Bureau Chief of Medicinal Plants at the Illinois Department of Agriculture. “There’s a lack of expertise, just a general lack of knowledge as to how to grow hemp the best way.”

The Farm Bill left regulation up to the states. And while nearly all Midwest states are allowing hemp production, there have been a variety of approaches to the rollout.

But there have been many challenges, Cox said, and that’s why he launched the inaugural 2019 Hemp Summit, which took place last month in Springfield, Ill.

“We wanted to bring everybody to the same room so that they understood that everybody struggled,” he said.

The summit was designed for anyone interested in growing, processing, or learning more about hemp. It was completely sold out with more than 700 attending. Farmers came from all over the state and the country.

Among the concerns, trying to keep up with the changing federal and state rules around hemp production.

The regulations are lengthy and strict due to hemp’s association with its cousin plant, marijuana. Hemp and marijuana are both derived from the cannabis sativa plant, but hemp contains less tetrahydrocannabinol (THC), which gives marijuana its psychoactive effect.

Hemp is legally defined as cannabis containing 0.3% THC or less. Anything over that legal limit is subject to destruction.

“When you’ve spent $10,000 or $30,000 on seeds, depending on how many acres you do, yeah, you’re definitely worried about that,” said Charles Brown, a hemp grower in Virginia, Ill.

Brown said he was lucky this year in that he didn’t grow any so-called “hot hemp,” or hemp that tests above 0.3% THC.

But once he harvested his crop, he said he had nowhere to take it.

“I have 5,000 pounds of biomass sitting in my garage, taking up a whole stall of the two-stall garage,” he said.

He attended the Hemp Summit to network with processors, who are licensed to prepare hemp for consumer use. But he couldn’t find anyone.

According to the Illinois Department of Agriculture, 644 growers licenses were issued, but fewer than 200 processors were licensed.

Other farmers came to Springfield to talk about hemp in the open.

“The older generation of farmers hear hemp and they just think marijuana and they think all the bad things that come along with that,” said Jarod Peyton, a hemp farmer from Wayne City, Ill.

He said there’s a stigma against growing it, and that’s made it hard for him to find others to talk to and collaborate with.

Despite the tough year, Illinois Department of Agriculture’s Jeff Cox said he hopes farmers stick with it. With corn and soybean prices lower than they once were, he said, growing hemp in Illinois helps the state diversify its cash crops.

“I’ve received, I don’t know, several dozen emails probably from folks that said, ‘My crop was a bust this year, but I’m doing it again next year,’ which is what we want to hear,” he said.

According to New Frontier Data, a research firm focusing on the cannabis industry, in 2018, sales for hemp-based products in the U.S. totaled about $1.1 billion. That’s expected to double by 2022.

Next Legislative issues include battlefield preservation, hemp and veterans - The Advocate-Messenger - Danville Advocate 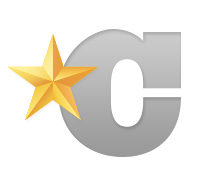