Federal officials have approved Florida’s plan for a hemp program, clearing the way for the state to accept applications from farmers to grow industrial hemp.

A 2018 federal farm bill legalized hemp as an agricultural product after decades of debate about the issue. Industrial hemp can be used in numerous products and is different from euphoriacausing marijuana, which remains illegal under federal law.

Florida lawmakers in 2019 passed a bill to take advantage of the federal farm law, creating a program to regulate cultivation of hemp. The state plan then needed federal approval.

“By working closely with our farmers, processors, retailers, and consumers, Florida’s state hemp program will become a model for the nation, will set a gold standard for this emerging industry and will create billions in economic opportunity for Florida,” Ms. Fried said in a prepared statement. “As our economy deals with the impacts of COVID-19, this approval will give our agriculture industry a new alternative crop for many years to come.” ¦ 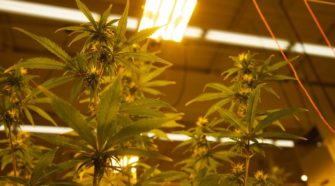