The heads of five federal financial regulatory agencies have replied to a letter from Sen. Michael Bennet (D-CO) that requested clarification on banking services hemp businesses.

The responses, which Bennet’s office provided exclusively to Marijuana Moment, each recognize that hemp was legalized through the 2018 Farm Bill—meaning the rules governing how financial institutions interact with these businesses have changed.

The chair of one body clarified that federal reporting guidelines in place for institutions that work with marijuana businesses no longer apply to hemp companies and said she has “personally discussed the changes during banker outreach meetings both in Washington, D.C. and across the country.”

But the five letters—from the Federal Reserve, Federal Deposit Insurance Corporation (FDIC), Office of the Comptroller of the Currency (OCC), Farm Credit Administration (FCA) and National Credit Union Administration (NCUA)—varied with regard to what the agencies said they were actively doing, or plan to do, to clear up remaining confusion within the financial sector.

Bennet, a 2020 Democratic presidential candidate, has made much of the hemp industry’s potential, especially as it concerns his home state of Colorado. His initial June inquiry emphasized the role hemp is playing for his constituents and raised concerns about instances in which hemp businesses are still unable to access credit and other banking services despite the crop’s legalization.

“Hemp farmers and processors have made clear that the lack of access to the banking system is a significant hurdle to growing their business,” Bennet told Marijuana Moment. “While I appreciate the response from the banking regulators, it’s clear that more needs to be done to provide banks and credit unions with the assurance and clarity needed to remove this major barrier facing the hemp industry.”

Here’s what the agencies said in response to the senator’s request that they issue guidance clarifying hemp businesses’ ability to access financial services:

Chairman Jerome Powell said that the agency expects banks it supervises to apply “adequate policies, procedures, and processes to address appropriately the risks associated with the particular relationship as required under the Bank Secrecy Act,” and that includes hemp businesses.

“The decision to open, to close, or to decline a particular account is generally made by the financial institution without involvement of the federal regulator,” he wrote.

“The Board does not currently plan to issue guidance specific to this area, because it is our expectation institutions will apply their established policies, procedures and practices to their hemp industry customers, but we will continue to monitor this issue,” Powell said.

FDIC has “received a number of questions regarding the changes made by the 2018 Farm Bill, some of which we are able to answer, but many of which are outside our jurisdiction,” Chair Jelena McWilliams said.

“Nevertheless, we have taken a number of steps to inform financial institutions and our examiners about the changes,” which includes discussing the issue at a meeting of community bankers in March as well as personal conversations McWilliams has had during banker outreach events.

Additionally, FDIC is “in the process of providing training to our examiners on changes to the legal status of hemp and instructing them that the suspicious activity filing requirements prescribed by the Financial Crimes Enforcement Network for cannabis do not apply to hemp.”

McWilliams wrote that financial providers should assess risk on a “case-by-case basis, rather than declining to provide banking services to entire categories of customers.”

“You have my assurance that we will continue to maintain a dialogue with the institutions we supervise to reinforce this policy regarding the provision of services to legal hemp businesses,” she concluded.

Comptroller of the Currency Joseph Otting said that his agency “supports the institutions it supervises in providing banking services to any category of customers operating in compliance with applicable law” and that “[d]ecisions on the provision of financial services are bank business decisions and matters of banker judgement,” which also applies to hemp businesses.

“We expect these general requirements to apply to relationships established and maintained with legal hemp farms and producers,” he wrote.

“The OCC does not currently plan to issue guidance specific to this area,” Otting said, “because we expect OCC-supervised banks to apply their established policies, procedures, and practices to legal hemp farmers and producers. Nevertheless, we will continue to monitor this issue.”

Jeffery Hall, acting CEO of FCA, directed Bennet to a memorandum the agency previously issued in April that “outlines our exception for System institutions to develop underwriting standards for hemp production and processing to take into account applicable federal and state laws, growing conditions, and marketing opportunities.”

The memo stated that “now that there is more clarity and direction regarding the legality of hemp production, each individual System institution should determine when and under what conditions to finance producers or processors of hemp.”

Hall told Bennet that his agency “will continue to closely monitor USDA’s development of hemp program authorized by the 2018 Farm Bill and will provide additional guidance as necessary.”

“Unfortunately, until the Department of Agriculture completes their regulations and guidelines for this program, the uncertainty for financial institutions will likely remain,” he said, referring to the ongoing rulemaking process at USDA that Secretary Sonny Purdue said would be in place in time for the 2020 planting season.

“The NCUA is working on possible future guidance to financial institutions in this area, and we are consulting with FinCEN and other federal banking agencies,” he said. “Opening, closing, or declining a particular account is a business decision for the credit union.”

“Once we are able to provide more clarity, credit unions will be able to make more informed decisions,” Hood added. “As with any such business decision, credit unions should consider their objective, evaluate the risks, and determine their capacity to manage those risks.”

Bennet isn’t the only lawmaker pushing for clarification post-hemp legalization. Another champion of the crop, Senate Minority Leader Chuck Schumer (D-NY) sent a similar letter seeking guidance on the issue from federal financial regulators on Monday.

Senate Majority Leader Mitch McConnell (R-KY), a chief proponent of hemp legalization, has also put pressure on financial institutions to ensure that hemp businesses have the same access to banking services such as federal crop insurance since the crop was legalized. The senator wrote to federal regulators about the issue in April and this week penned an op-ed detailing his work to ensure that the hemp industry is properly supported.

A top Federal Reserve official was also pressed on what the agency is doing to resolve confusion around hemp during a Senate hearing in June. The official told Sen. Jon Tester (D-MT) that her agency “will try to clarify” that servicing hemp businesses is not illegal.

Outside of the hemp realm, there’s also a growing, bipartisan call to protect banks that service state-legal marijuana businesses. The House Financial Services Committee approved legislation to allow banks to service these businesses in March, and the Senate Banking Committee held a hearing on the issue last month.

Chairman Mike Crapo (R-ID), who earlier this year indicated that his panel wouldn’t hold a hearing on marijuana banking while the substance was federally illegal, has since backed developing a legislative resolution to the issue.

Read Bennet’s initial letter on hemp banking and the agencies’ replies below: 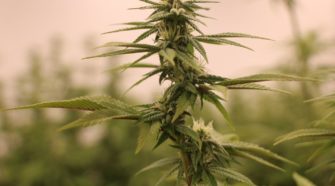