THE Southern Downs will soon be home to one of the largest houses built entirely from hemp in the Southern Hemisphere.

The Mount Sturt property is the first in the region to have been constructed entirely from “hempcrete”, which is a mixture of equal parts hemp, lime, and water.

Amber Wood Working owner Josh Moore said this was the first time he and his crew had been tasked with building a home entirely out of the material.

“We have done some unusual builds before, but this takes the cake,” Mr Moore said.

“Hemp was only approved for growing and manufacturing in Australia in 2017, so it’s fairly new for everyone on the whole.

“(According to the owner), it’s one of the biggest residential homes being built in the Southern Hemisphere, so it’s a pretty big deal.”

There are multiple hemp farms within the state, however Mr Moore said the drought’s impact on their crops meant the hemp fibre used in the Mount Sturt home had to be imported from France.

“The fibre is quite interesting, and while it’s more expensive than other building materials it probably works out cheaper in the long run,” he said.

“It has over double the (insulation rating) of brick, which means it regulates the temperature much better depending on the season.

“It is very friendly on the planet, the acoustics it gives are incredible, and specialists say that it gives some of the highest insulation properties of any other material in the building industry.”

Under state legislation, it is illegal for industrial hemp or cannabis to be grown and harvested for anything other than its seeds or fibres, and even that practice is heavily regulated.

Farmers must be licenced to produce the crop, and it can only be used to produce textiles, composite materials, and some organic food stuffs such as hemp hearts.

For Mr Moore, even though hempcrete mixing process and “tamping” process used to form walls was slightly more labour-intensive for his crew, but he would still recommend the material.

“It doesn’t have (the same) loadbearing properties as other materials, so you do still need to build the stick frame first,” Mr Moore said.

“Even though it’s new, it has taken off fairly aggressively, and there’s quite a bit of it going on around the place.

“It requires a bit of extra knowledge, but if it fits into people’s budget, we’d definitely look at building with this material again.” 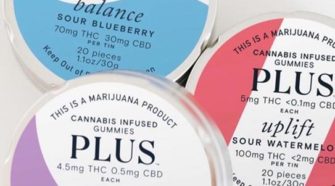