While Colorado has been a leader in the hemp industry for a while, the rest of the country will be catching up with the release later this week of federal rules that will govern the legal production of the crop nationwide.

The U.S Department of Agriculture said Tuesday that it will release a rule establishing a regulatory framework for hemp, which was legalized in the 2018 federal farm bill. The interim rule will take effect when it’s published Thursday and will be open to public comment for 60 days. A final rule will be issued in two years.

“A lot of folks, including organizations like Vote Hemp who have been working to get the farm bill passed for 20 years, have been waiting a long time for this moment,” said Shawn Hauser, a Denver-based partner at Vicente Sederberg LLP, a law firm focused on cannabis law and policy. “It’s historic and significant to see federal hemp regulations.”

The rule covers a range of issues. It spells out that interstate transportation of hemp is legal and that no state or tribal government can prohibit shipments. The USDA said the rule eliminates legal uncertainty at the federal level around the crop, paving the way for hemp farmers to apply for crop insurance and providing assurance to banks and financial services dealing with hemp businesses.

Colorado legalized recreational marijuana in 2012 and hemp in 2014. It has been among the top hemp producers and is home to some of the country’s major manufacturers of hemp products. The state established regulations for the industry under the 2014 federal farm bill, which allowed cultivation under state pilot programs and for research.

The 2018 farm bill gave states the option of letting the federal government oversee hemp production or developing their own programs, following federal guidelines. Colorado has opted for its own program, and the Colorado Department of Agriculture and other agencies have launched an initiative called the Colorado Hemp Advancement and Management Plan, or CHAMP, aimed at building the industry.

“Our teams are in the process of analyzing this detailed new rule and will leverage its directives in support of our state’s industrial hemp farmers,” Kate Greenberg, state agriculture commissioner, said in a statement. “Colorado is a national leader within the developing hemp industry and we look forward to maintaining that leadership.”

The USDA rule is being hailed as a milestone in the effort to return hemp to its legal status. For decades, the plant was a legal crop in the U.S. and was used to make textiles, paper, rope and other products before the early part of the last century. It was then lumped in with its high-inducing cousin, marijuana.

Hemp has negligible amounts of THC, tetrahydrocannabinol, the psychoactive ingredient in marijuana. The 2018 farm bill removed hemp from the list of controlled substances and legalized its production.

Under federal law, hemp can’t contain THC levels above 0.3%. Hauser said the USDA rule requires that hemp be tested in labs registered with the federal Drug Enforcement Agency and farmers who turn in plants with slightly elevated levels could lose their whole crop. The plants would have to be destroyed.

Michael Bowman, a fifth-generation Colorado farmer who helped write the hemp language in the 2014 federal farm bill, said in an email that the USDA rule will help expand “the opportunities for not only American farmers and entrepreneurs, but consumers, both domestic and international, who understand the value of  American-made hemp products.”

However, the Food and Drug Administration maintains authority over products containing hemp-derived CBD, or cannabidiol. Businesses that have seen a skyrocketing demand for CBD products, including creams, oils and food, are anxiously waiting for the FDA to write regulations. Hauser said there is a lot of discussion about possible congressional action to streamline the process.

In the meantime, some CBD products, including creams and herbal extracts, are already on shelves in such national retailers as Walgreens, CVS and Whole Foods. CBD sales are projected to reach around $5 billion this year and nearly $24 billion by 2023, according to the Brightfield Group, an analytics and market research firm for the legal CBD and cannabis industries.

Next The U.S. Domestic Hemp Production Program Gets Official - Forbes 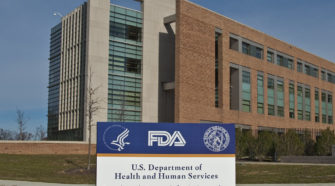