Monday, the Alabama Political Reporter talked with Gail Ellis with the Alabama Department of Agriculture and Industries about industrial hemp and complaints from hemp farmers that their state licenses are too restrictive.

Ellis told APR that it is illegal in Alabama for a farmer to sell hemp material to the general public or to anyone without a hemp license.

The Alabama Political Reporter asked about the legality of smokable hemp products being widely marketed in the state.

Ellis said that all of those products are presently illegal as are the hemp gummy bears and other chewable hemp products.

The 2018 Farm Bill make industrial hemp legal throughout the country. After the product was legalized by the federal government farmers applied for and received licenses from the Alabama Department of Agriculture and Industries to grow hemp in Alabama in 2018. These are the first farms to grow hemp in Alabama legally in approximately 80 years. While hemp historically has been used to make paper, rope, building materials, wood substitutes, etc.; most of the hemp being grown in Alabama today are being grown for their flowers which produce cannabidiol when pressed or run through a centrifuge.

Ellis shared a directive from the Department.

Marketing the seeds, plants, or flowers to anyone other than a licensed grower or processor is also presently illegal, according to Ellis

“Dried hemp in the form of floral and bud material is considered unprocessed. As such, it is illegal to sell to the unlicensed public (i.e. individuals, gas stations, online, CBD stores, etc.). Industrial hemp material can only be handled/processed by those with an Industrial Hemp processor/handler license.”

“For CBD store owners who also happen to have a current Hemp Processor/ Handler license, the y would be legal to possess the dried floral/bud material; however, they would still be prohibited from selling unprocessed hemp to the public. Customers for smokable (unprocessed) hemp would not be licensed to handle hemp, so individuals purchasing such products would be in jeopardy of being arrested.”

The Alabama regulation was written by Gunter Guy Jr.

Varner is also a leader of Alabama Hemp Love networking, a group of like minded business people in Moody seeking to raise awareness on the hemp issue.

Varner says that she uses cannabidiol oil (CBD) which is derived from industrial hemp.

“I use it for relaxation and to ease migraine headaches,” Varner said. She has been under a doctor’s care for this in the past but the side effects of the migraine medicines available were far worse than the actual ailment. Lisa says she stopped using man made medicines opting instead for natural alternatives; hemp being the best she has found thus far. “With hemp I miss 2-3 days per year due to my migraines without it 5-7 are often lost due to my condition..”

“I am a naturalist. I rarely eat cooked food,” Varner explained. “I am not for corporations altering my medicines and my foods.”

Warner also sells jewelry that she makes from hemp plants. She expressed concerns that the way that the Alabama Department of Agriculture is interpreting the hemp laws will put her jewelry business in jeopardy.

Patrick Leberte is a licensed hemp grower in Moody, who also owns Hemp 205, a CBD store.

“There is no law against it,” Leberte told APR. When Alabama’s hemp crop was ready to harvest the Department changed the rules.

A source close to the hemp industry told APR that the flowers are 30 percent of the hemp business and that the rule on flowers has hurt the profitability of Alabama hemp growers, who already did not have a good crop because of the August and September drought.

“The raw hemp is the best way you can use CBD,” the source speaking on condition of anonymity told APR. “Processing takes out some of the CBG and turpentine.”

“The flowers are more soothing than the oil,” Varner told APR. While CBD oil is working for her, other people need the flowers, and some persons need marijuana.

Varner said that she favors marijuana legalization as well as the full legalization of hemp in all its forms.

While hemp and marijuana look very similar; hemp has a much lower THC content than marijuana. THC, Tetrahydrocannabinol, is the chemical component in marijuana that produces the “high” and the hallucinogenic effects.

St. Clair County District Attorney Lyle Harmon (R) said that the four hemp farms in St. Clair County were all inspected and were found to have less than .3 percent THC. Anything above that would be illegal and have to be destroyed.

Leberte said that poor weather and late planting due to a delay in getting his seed tested resulted in his first hemp crop being stunted so it had to be destroyed.

An Auburn University ag extension agronomist told APR the hemp plant does not flower until decreasing daylight, September and October, thus the plants have to be kept alive through the long summer. She said that it would be foolish to attempt to grow hemp for CBD without overhead irrigation.

Hemp is such a new crop for Alabama that researchers are not even sure what are the best soil pH and fertilization recommendations are for the plant here. The Alabama Department of Agriculture and Industries is currently accepting applications for hemp growers for the 2020 growing season.

APR asked Leberte if hemp should be like corn: a farmer can plant it if he wants to and he can harvest and sell it to anyone, even the general public, that will buy the product.

Leberte said no; that hemp should be regulated similarly to tobacco to keep it out of the hands of kids.

Ellis said smokable and eatable hemp products and even CBD have not been approved yet. USDA still has to give approvals and so does FDA (the U.S. Food and Drug Administration).

The hemp industry source told APR that some farmers are talking to an attorney about suing the state to allow the direct sell of hemp to consumers, especially the flowers themselves.

Ellis said that the rule has not changed from day one and if growers had read their application they would have seen that selling the flowers to the public was forbidden.

Ellis warned that many stores across the state are selling products that are not legal. There is still an issue of who has jurisdiction; but once that is resolved some people who are selling unprocessed hemp products “Could be going to jail.”

APR asked if hemp cigarettes should be taxed like tobacco cigarettes.

Ellis thought said she thought so, “But that is an issue for the Alabama Department of Revenue.”

“This will only be solved by the Alabama legislature,” Garrigan told APR. “Legislation will have to be introduced and passed in the 2020 legislative session to fix this. CBD and hemp have benefitted the lives of millions of Americans and the Alabama farmer should not be hindered by their own state government when growing a natural product that is widely available in almost every other state.

“When my father passes, I will be moving someplace else if the state does not get off overregulating the hemp plant,” Varner said. 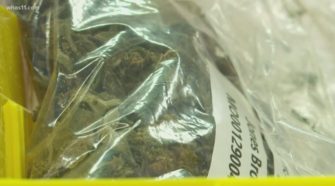