AMARILLO, Texas (KAMR/KCIT) — Earlier this year, Texas lawmakers approved a bill that would open the door for farmers to legally grow hemp.

The US Department of Agriculture released its first draft of rules last week for hemp production across the country.

It might be a while before Texas farmers can officially start the licensing process, but producers can start learning about the crop now.

“For the most part, a marijuana plant and a hemp plant are pretty much the same in appearance,” Calvin Trostle with Texas A&M Agrilife Research & Extension Center in Lubbock.

It might be the first, seemingly obvious question that pops into your head, what’s the difference between marijuana and hemp?

Trostle answers, “The key legal difference, is a hemp, by definition, must have 0.3% of THC, tetrahydrocannabinol which is the narcotic component of marijuana, the THC must be 0.3% or less.”

The hemp plant, officially legalized in June here in Texas, must be destroyed if it exceeds that THC limit.

But THC is just one of the chemicals derived from the plant..another, with products commonly sold even here in Amarillo, is CBD.

“The value of the CBD in production for a farmer potentially could be, the revenue, the gross revenue off an acre could be in the range of $20 – $50,000 per acre, so this really catches people’s attention but there’s huge expenses that go along with it as well,” Trostle explained.

But, Trostle says these CBD numbers in other states where hemp has been legal, have dwindled significantly.

So he says some Texas farmers are looking to cultivate hemp for its fiber, instead.

“Some of the European carmakers are actually using fiber in some of their car bodies, very stout, flexible material. Another product that’s being looked at is hemp-crete. It’s similar to concrete, but its primary constituent is hemp fiber,” Trostle said.

The timetable is a little bit unpredictable right now, but Trostle says he’s optimistic the licensing process for producers could start as soon as spring of 2020.

In the meantime, he says farmers can start educating themselves on the crop and its different products, now.

Trostle says he will be at the Amarillo Farm Show at the beginning of December to answer any questions potential producers here on the High Plains might have. 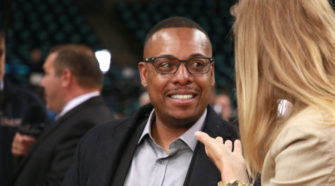