For the Salgado brothers, growing hemp is a family affair.

Hemp became legal to cultivate in late 2018 after the NMSU Board of Regents approved the New Mexico Department of Agriculture’s proposed hemp rule.

“This plant is grown really for the medicinal purposes,” said Leonard Salgado.

Salgado said the hemp plant can be used in textiles and as an alternative to plastics.

One of the differences between hemp and marijuana is the amount of THC levels present. Hemp contains a minuscule amount of THC that is non-intoxicating to the user.

The Salgado brothers bought their Belen farm this year. The 1,700 square foot greenhouse has about 75 plants.

A State Agriculture spokesperson told KOB 4 that roughly 400 licenses to produce hemp were given out this year. That is more than 7,500 potential acres of cultivation statewide.

“Our state can really be a leader in this industry for sure,” said Leonard Salgado.

The Salgado brothers said they are hoping to produce four times as much hemp next year. 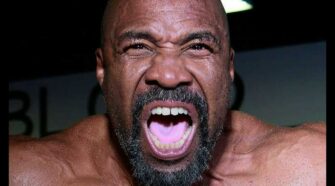